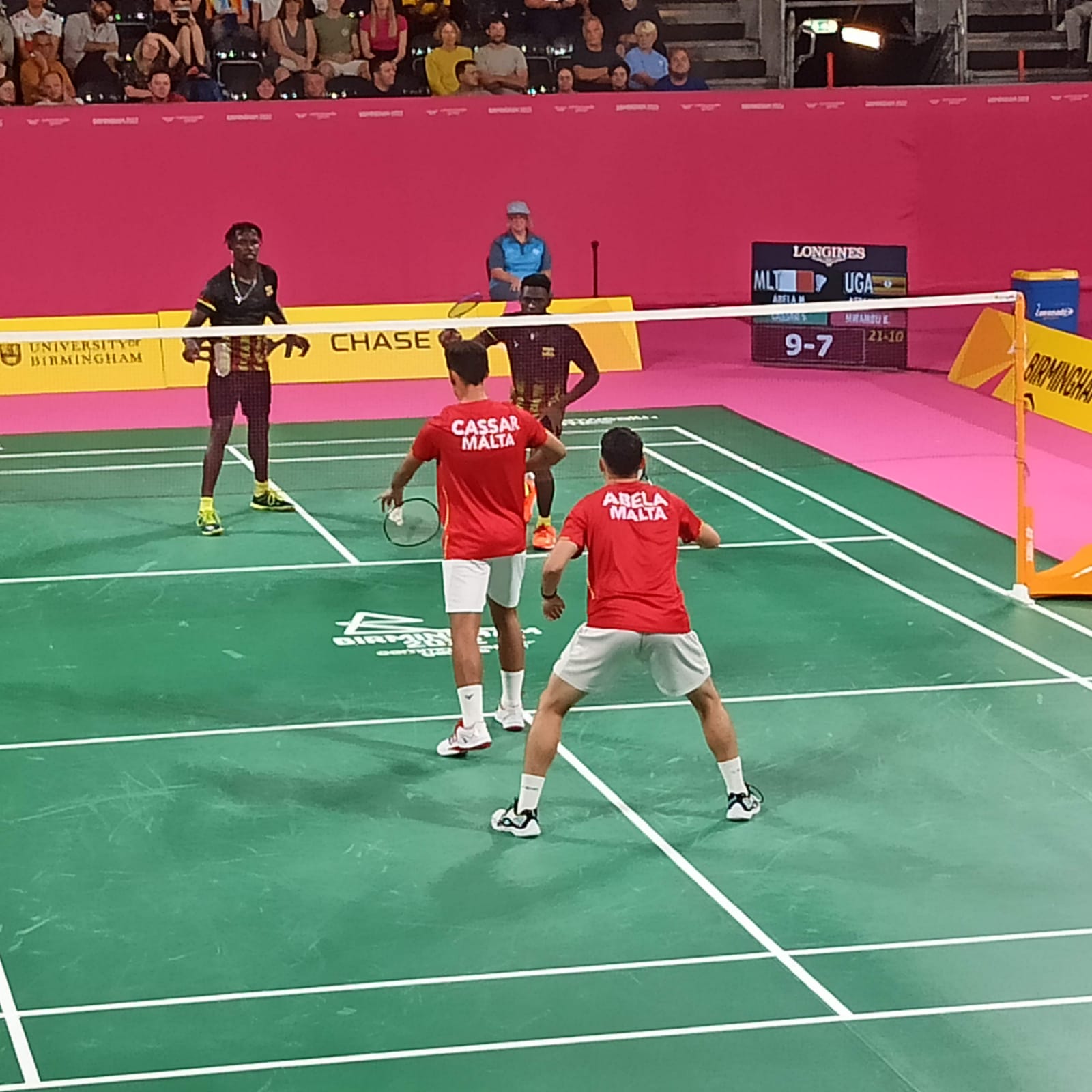 Badminton duo Matthew Abela and Sam Cassar produced a fine showing in the first round of the Men’s doubles in the NEC Hall in Birmingham on Thursday evening, when they took on Uganda’s Friday Attama and Kenneth Mwambu.

Abela and Cassar, who currently rank lower than the Ugandan pair,  gave a determined and strong performance to win the game in two sets (21-10, 21-18) and enabling them to proceed to the next round of play. This they will play against Australia’s Jacob Schueler and Nathan Tang.

On Friday morning, Maltese wrestler Adam Vella competed in the first round of events. Vella was drawn against Pakistan’s Inayat Ullah who won the match with a score of 10-0 achieved through technical superiority. 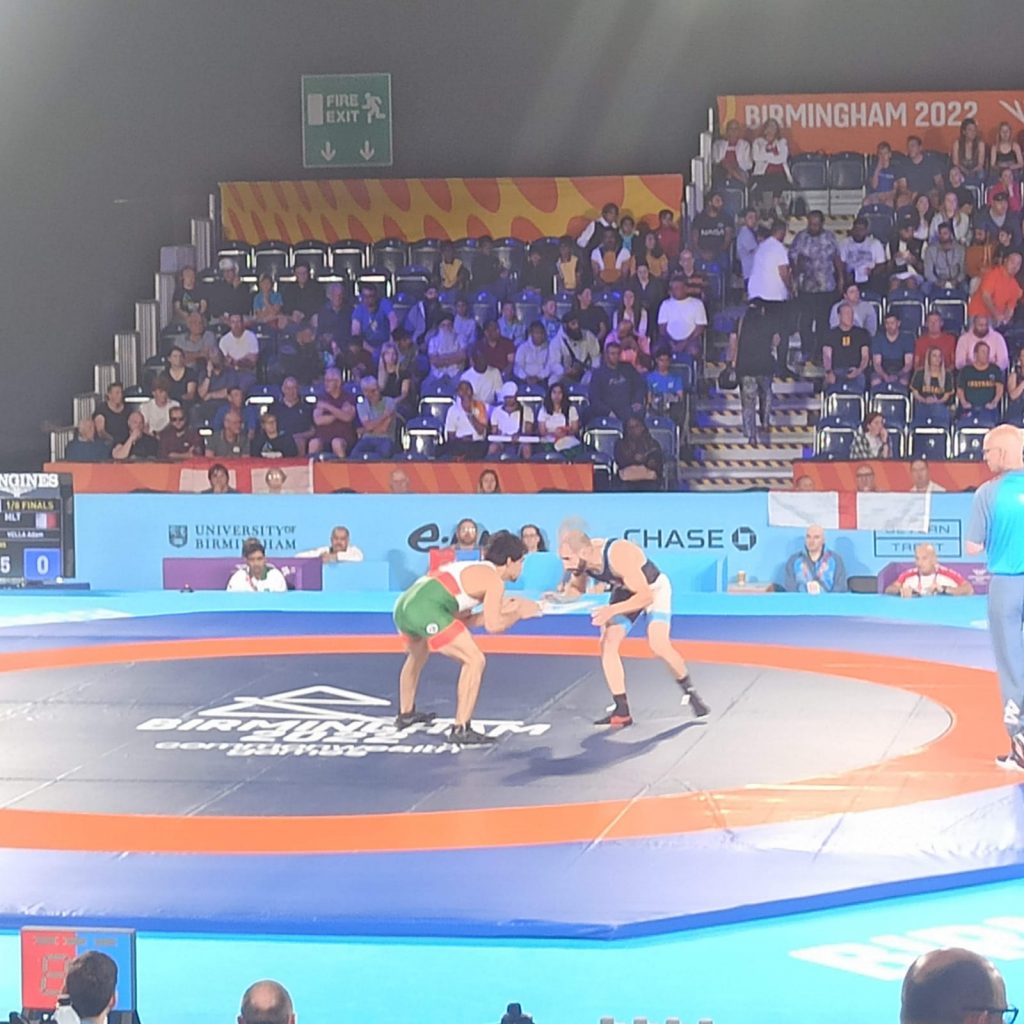 In athletics, competing in the Group B Qualifying Round of the Long Jump event, Claire Azzopardi’s result of  5.76m failed to see her through to the final event. 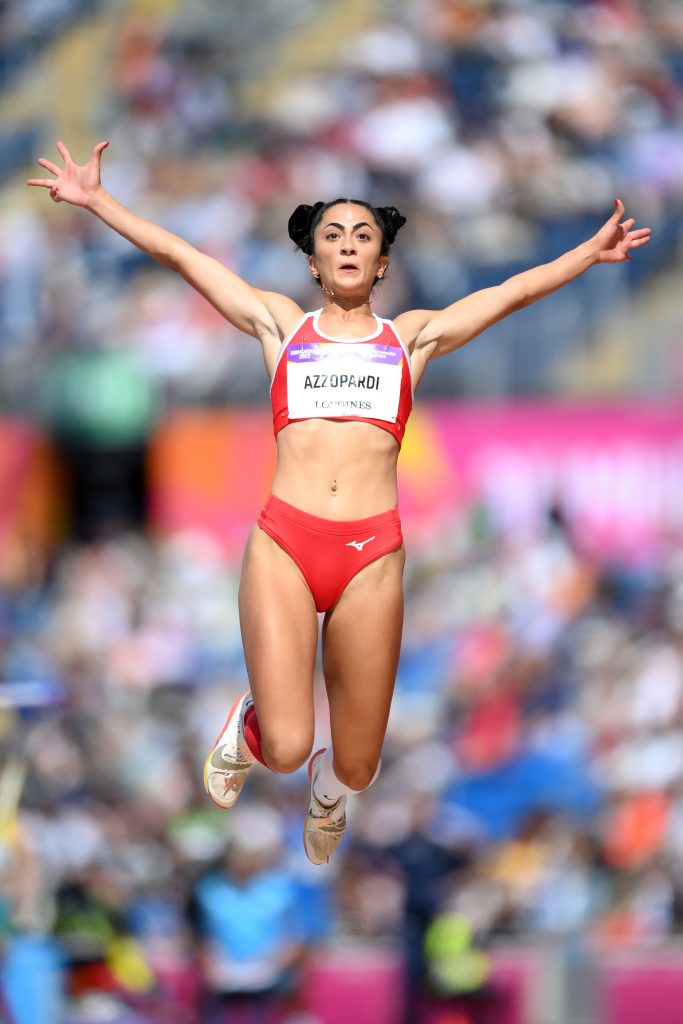 Men’s Squash Doubles Kijan Sultana and Niall Engerer, following their victory against the Cayman Islands yesterday afternoon, played against top seeded English doubles players James Willstrop and Declan James. Both proved to be strong players resulting in Malta suffering a 2-0 defeat.  Soon after Sultana and sister Lijana were engaged in a mixed doubles game against  Cayman Islands duo Jade Pitcairn and Jake Kelly. Unfortunately, in spite all efforts,  a similar fate awaited the Sultana siblings who lost the game 2-0. 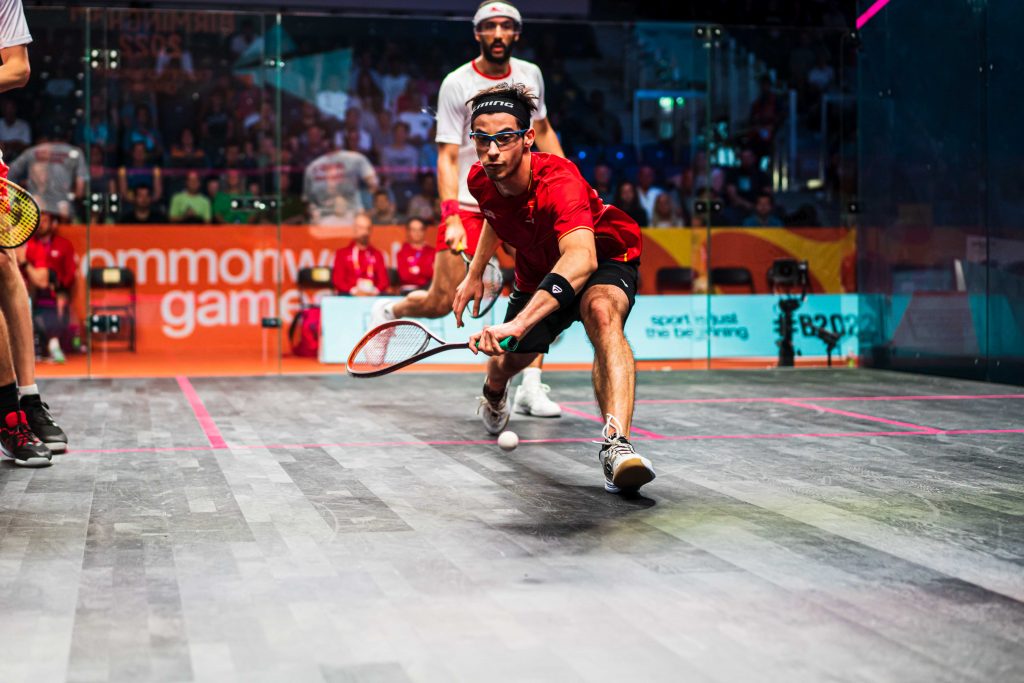 Later on this evening, Malta will also see Charlotte Wingfield compete in the semi finals of the 200m event.