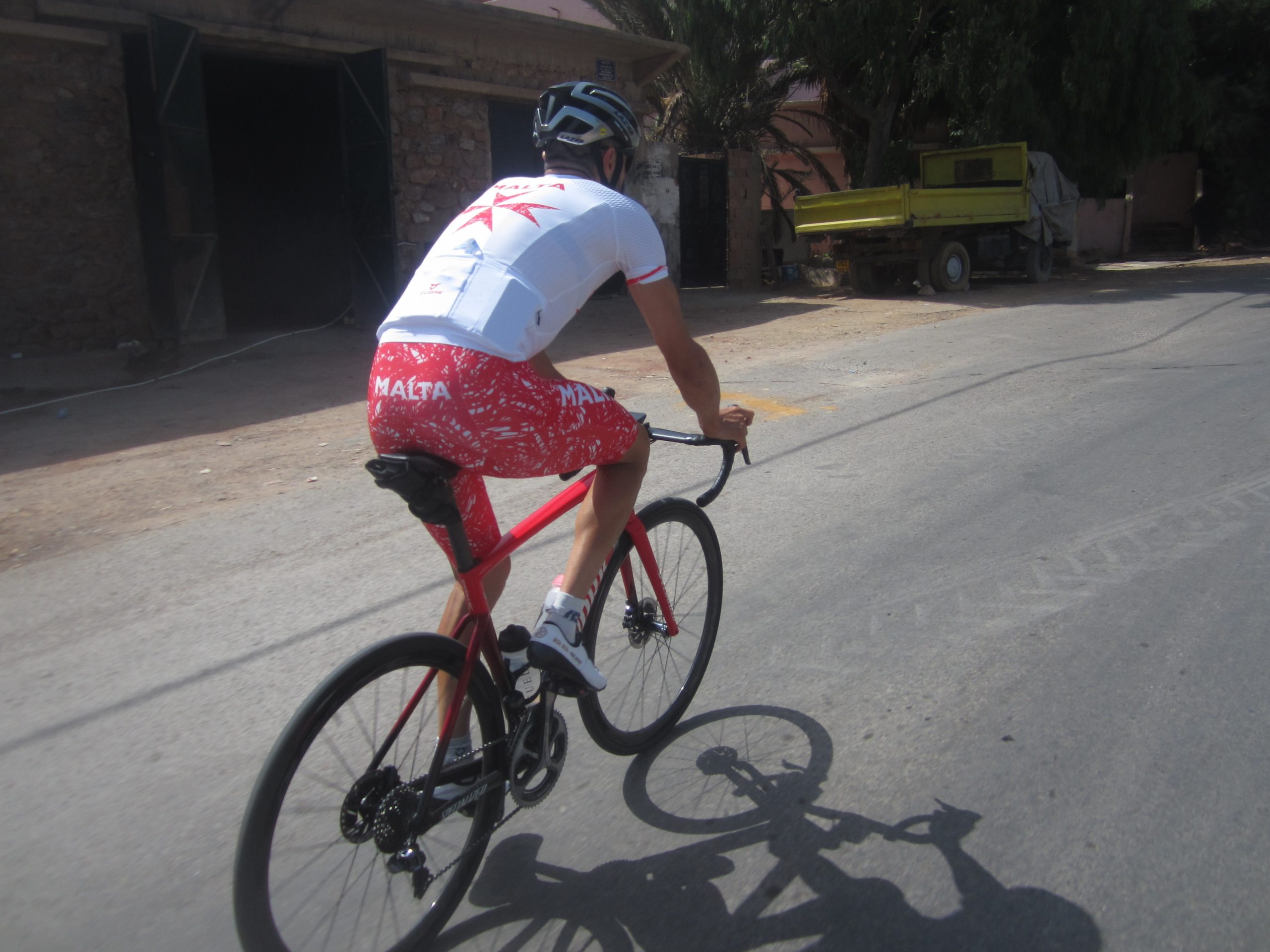 Cyclist Dan Bonello today delivered a strong performance in the men’s road race.  Bonello was always in the thick of the race as the peloton got smaller and smaller.  Bonello, in spite of being a sole rider rode smart all the way.

With 20k to go there was a split in a crosswind as the French team drove the race, with Bonello part of it.  In that tense moment he was drifted onto the gravel and punctured the front wheel. Despite a very quick wheel change, it was not possible for Bonello to ride back up to the front as the pace was too high being so close to the finish.  Bonello finished in the second group, in the 30th place – out of 73 riders, with a time of 3:15:35, 3:12 minutes behind the winner Paul Penhoet of France.

Bonello, who is more of a breakaway specialist, decided to rest out the time trial, in order to give himself the best chances of a positive result for Malta.   The road race ran on the outskirts of Oran, was a 147 km undulating circuit on open roads where positioning and tactical acumen are key.  Bonello has been racing at elite level in Australia and now is based in Girona Spain. Earlier this year he won the Tour ta’ Malta.

ATHLETICS | Maltese Athletes suffer challenging conditions in the Half Marathon