Malta competed at the 1972 Summer Olympics in Munich.

Nicknamed the Computer Games for the way everything worked with such an unprecedented precision. Mark Spitz won 7 gold medals.
But these Games will always be remembered for the “Tragedy of Munich”. On the 5th September 1972, on the 11th day of the Games, 8 members of the Black September Group attacked and killed two Israelite athletes at the athletes village and later another 9 who were taken as hostages. All the events were immediately suspended and postponed for 24 hours.

Malta participated with cycling and shooting. The Maltese contingent included Mr. Carm Borg, Chef-de-Mission, L. Bezzina, J. Magri, J. Said, Peppi Grech, A. Caruana, J. Bugeja, and A. Tonna.
The cyclists took part in the team time trials, and managed to beat Iran, Cameron, Thailand and Malaysia to finish in the 31st place out of 35 countries.

Peppi Grech, competing for his third time in the Olympic Games, finished 56th out of 62 competitors. 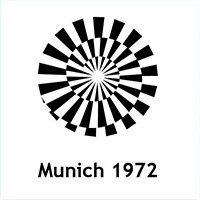 Gallery from the Olympic Summer Games – 1972 in Munich