Malta competed at the 1984 Summer Olympics in Los Angeles. 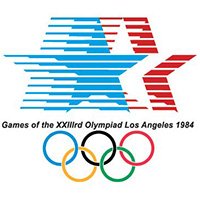 Gallery from the Olympic Summer Games – 1984 in Los Angeles