Malta competed at the 2016 Summer Olympics in Rio.

Malta Olympic Committee selected a team of seven athletes, four men and three women, to compete in four different sports at the Games; all of them granted wild card entries without having qualified.[1] The nation’s roster in Rio de Janeiro was also a replication to those sent to Barcelona (1992), Atlanta (1996), and Sydney (2000), with an equal share of men and women. Among the sports represented by the athletes, Malta marked its Olympic debut in weightlifting.[2]

The Maltese delegation featured three returning Olympians, including double trap shooter and medal prospect William Chetcuti, who set a record as the first Maltese to participate in four straight Games. Joining him were freestyle swimming sprinters Nicola Muscat and Andrew Chetcuti, who became the nation’s flag bearer in the opening ceremony.[3] Malta, however, has yet to win its first ever Olympic medal. 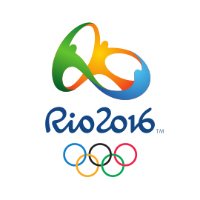 Gallery from the Olympic Summer Games – 2016 in Rio