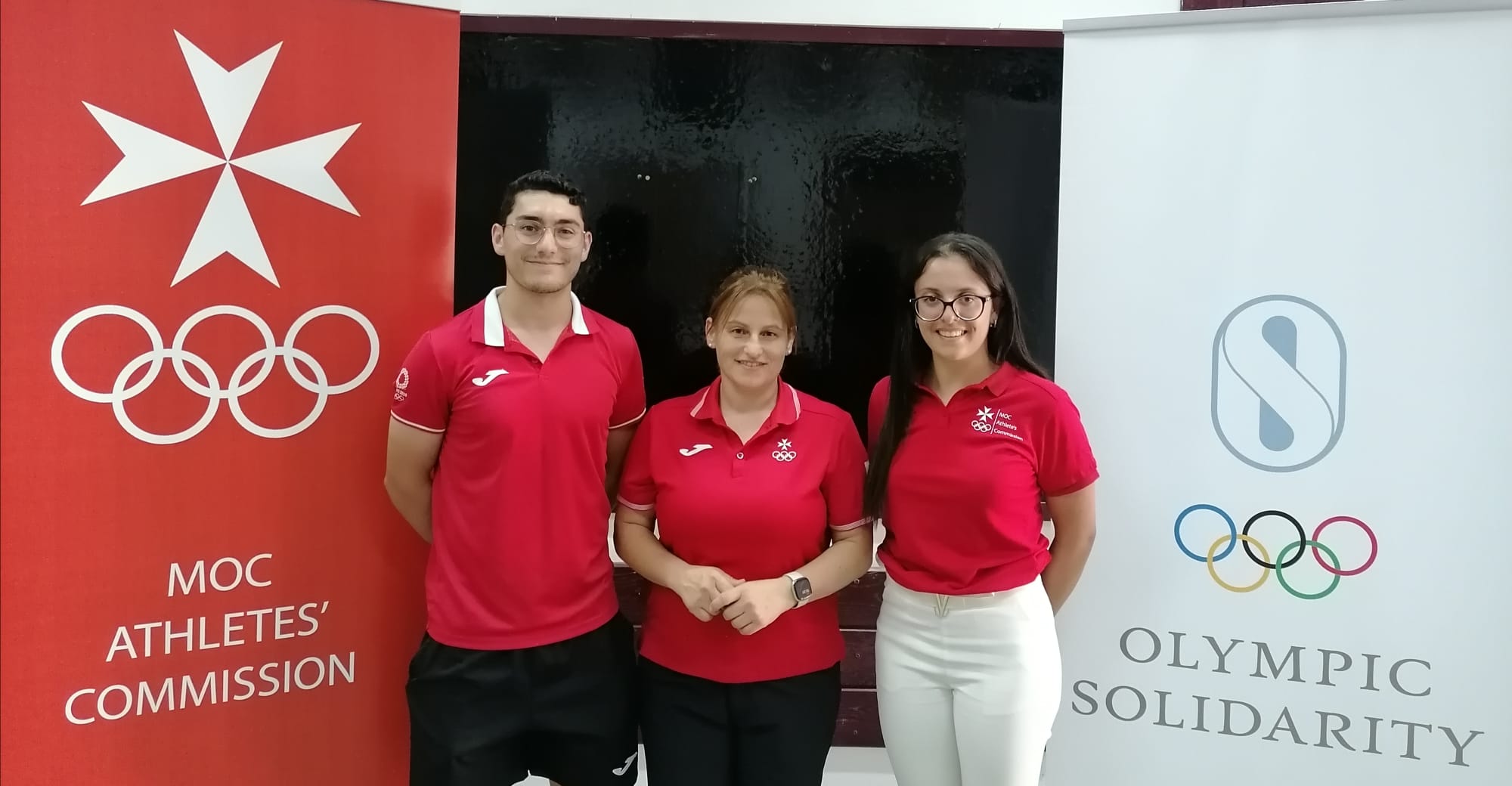 The Maltese Olympic Committee (MOC) announced the new Athletes’ Commission which was elected following a call for nominations amongst athletes who have been competing at National level in a sport which is part of the Olympic Programme, during the last three years.

The Athletes Commission, which will occupy this post for a period of four years,  consists of Eleanor Bezzina (Chair), Matthew Abela and Sascha Genovese.

The mission of the Athletes’ Commission is to ensure the representation of athletes’ viewpoints in decision-making programmes as well as to offer support and education to athletes to enable them succeed in their sport.

The Athletes’ Commission is represented at the MOC’s General Assembly by two of its members. The representing members are elected by the Commission, who will have the right to vote within such an Assembly.  During the MOC’s Council Meeting, held in June Eleanor Bezzina and Matthew Abela were representing the athletes. Eleanor also represents the Commission on the MOC Executive Board.

The Commission has already been active in several forums the first being representation at the 11th European Athletes’ Forum in Brussels. The Forum which was attended by Sascha Genovese aimed to discuss and consider issues related to athletes and to provide advice to the National Olympic Committee; engage actively with initiatives and projects that protect and support clean athletes on and off the field of play and act as the main contact with the IOC Athletes’ Commission. Genovese joined athletes from various countries from Europe discussed the difficulties encountered by their respective Commissions and shared views on how to improve the activities held by their respective Commissions to strengthen the athletes voice.

The Athletes’ Commission can be reached via email on [email protected]