Maltese Olympic Committee (MOC) President Julian Pace Bonello has been co-opted as a member on the International Committee of Mediterranean Games (ICMG).  This appointment was announced earlier on this week during the ICMG Executive Committee, which took place in Athens. 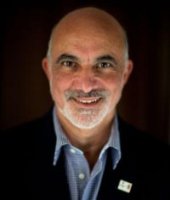 The nomination followed the initiative of ICMG President, Mr. Davide Tizzano, who with the unanimous agreement of the Executive Committee proposed the appointment, in accordance with the provisions of the ICMG Charter.

The MOC and the ICMG have a long standing relationship and have for years worked towards the promotion of sport and olympism and the ideals and values they embody amongst Mediterranean countries.

“I am honoured to have been given this appointment.  The Maltese Olympic Committee has played an important role in the Mediterranean region, and through this appointment we will continue to work closely with our neighbours in the interest of the development of sport” remarked Pace Bonello.

The appointment will be for a period of four years until 2025.