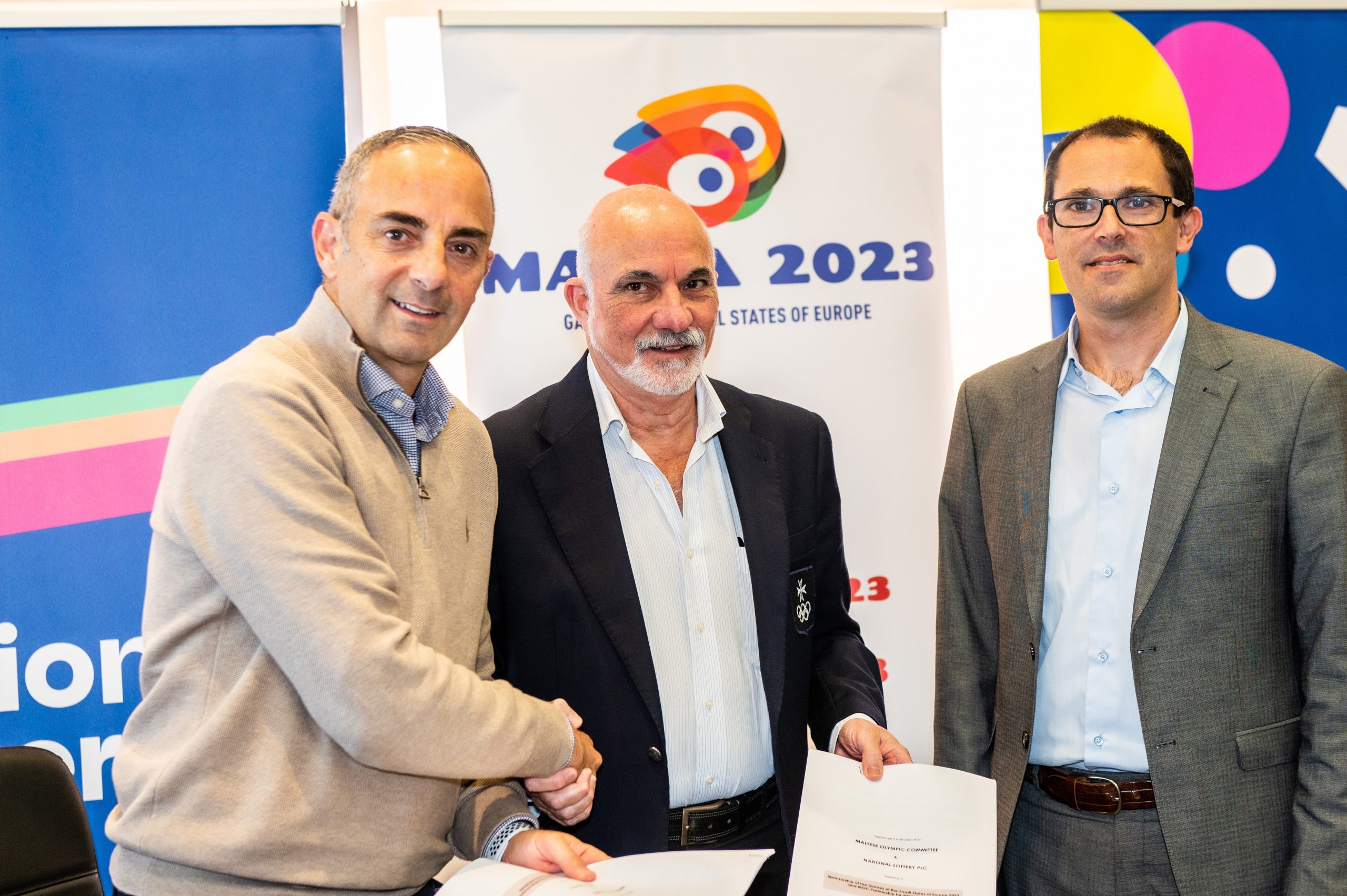 The Maltese Olympic Committee (MOC) and  National Lottery plc, the operator of the National Lottery of Malta and part of IZI Group plc, jointly announced the commencement of a partnership for the forthcoming XIXth Edition of Games of the Small States of Europe (GSSE) which will be hosted in Malta later on this year.

“Team Malta athletes have been fully committed towards delivering their best performance ever in Malta during the GSSE.  Their preparation depends on financial support, and it is through organisations like  National Lottery plc that their journey to GSSE 2023 is made possible.” remarked Julian Pace Bonello, President Maltese Olympic Committee.

With just 122 days left until the GSSE 2023 opening ceremony takes place, the financial support of National Lottery plc is a much welcomed contribution which will continue to aid preparations for Team Malta athletes as they gear up to compete on home ground.

“IZI Group plc and specifically National Lottery plc have been actively engaged in contributing towards projects of national importance in various sectors, one of which is sports. This drive to support local talent in sports is an integral part of the ESG value proposition of the Group,” said Franco De Gabriele, Chief Commercial Officer of National Lottery plc. “We are excited to commence this journey with the MOC in what promises to be one of the most important and sought after sports events in 2023. We trust that our contribution will continue to support local talent to deliver the intended results for Team Malta in the GSSE 2023.”

The XIXth Edition of Games of the Small States of Europe is set to welcome over 1,000 athletes and 500 officials for 10 sporting disciplines hosted in eleven venues around Malta.  Malta has hosted the Games on two previous occasions – 1993 and 2003.