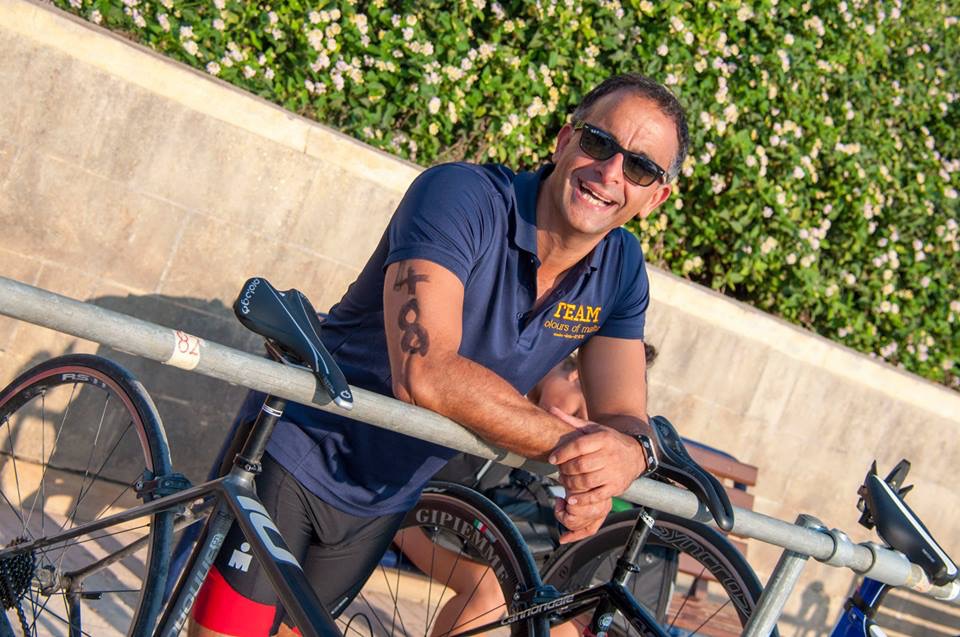 Davide Cachia has taken over the helm of the Malta Triathlon Federation (MTF). He was elected as the new Federation President following an Extraordinary General Meeting held earlier this month.   A successful entrepreneur working in the tourism industry,  Cachia is also triathlete who has years of local and international competitive experience across all distances,  from Sprint to Ironman.

Cachia takes on the Federation’s top spot after two challenging years that changed how sports was managed, perceived, and practiced mainly due to the implemented Covid-19 measures that saw the annual calendar of events drastically reduced.   Nevertheless, he still believes that there is a lot of untapped potential and the Federation will be working closely with the rest of the seven affiliated Clubs to work on a holistic development plan which aims to cater for the different segments that make up the sport.

“I believe sport to be a great outlet for people and that the Clubs will continue to perpetuate the ideals of Friendly Sporting Clubs – a group of people of all ages who want to have fun, socialise and grow together as a team/club whilst enjoying the sport of Triathlon.” commented Cachia. He added that “the Malta Triathlon Federation would like to make a number of positive changes in the coming months “ noting that the MTF is run entirely through volunteer support.

The Federation, continued Cachia, is still committed to its vision of ensuring that all the various elements that make up the local triathlon community are giving the attention they deserve. This will span across the elite segment,  youth athletes, and the rest of the dedicated athletes who never fail to be at the starting line of local races.

As the international triathlon circuit starts to open up, the Federation hopes that local triathletes will once again be representing Malta and delivering the kind of results Maltese triathletes have produced in the past.  Cachia emphasized that international participation is key for Maltese athletes to improve on their performances.

Academies are the future of the sport and Cachia pledged the Federation’s support towards the consolidation of youth development programmes by providing as much support as is possible to create a long-tem plan for the sport.

The EGM proceedings were led by MTF General Secretary Warren Muscat with Maltese Olympic Committee’s Secretary General  Kevin Azzopardi present at the EGM to ensure proceedings were respected according to the respective constitutions.