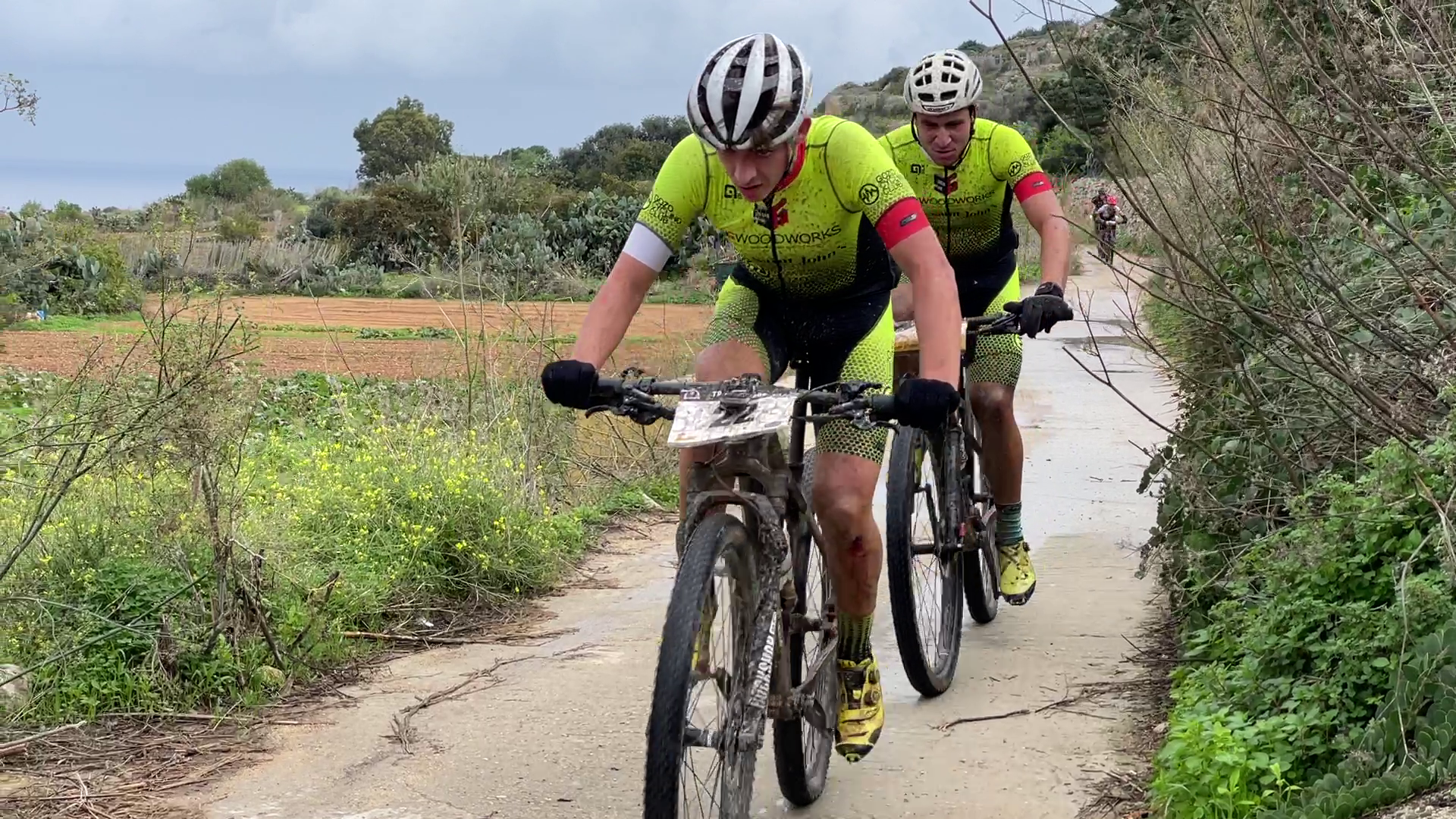 The island of Gozo played host to the recently held Malta Mountain Bike Association’s National Championships.   Hosted in Nadur and in the vicinity of Daħlet Qorrot, the race was notoriously challenging in many ways. Narrow, single file lanes resulted in riders rushing to take the lead.  Meanwhile, the incessant rain that hit the island in the days before the race meant that several parts of the highly technical route were very slippery, causing a number of riders to retire.

Nevertheless, the race was not short of action, particularly by the Gozitan riders who playing home were determined to make their mark in what was the first race of this nature to take place on home turf.

The Elite Category was not short of contenders vying for a place on the winners’ podium. Front runners were young Gozitan cyclists Stefan Scerri and Brandon Sultana. The two practically where engaged in a duel and shifting between first and second place during the five lap course.  In the end, Scerri prevailed to win his first National Championship title.  Hot on their heels was veteran Etienne Bonello who put in years of experience to good use. Valiant efforts to pip Brandon Sultana to second place were thwarted when a van intercepted the bike route and slowed down his efforts.

In the Sport Category Gozitan Jamie Camilleri led the way to a comfortable win over Etienne Cutajar and Robert Zammit, whilst in the 40+ Category Antoine Scicluna won the race. In second place was Patrick Scicluna who announced his retirement from the sport following thirty four years of competition.  He was followed by Stephen Grima.

Prior to the start of the main competition, races were held for Junior riders. In the Under 12 category Liam Daly emerged winner, in the Under 15, Ryan Gatt, Chylen Fava and Aidan Camenzuli made up the top three entries whilst in the Under 17 category Justin Micallef prevailed over fellow Gozo Cycling Club mate Matthew Galea.

“Gozo has been produ cing some good quality and enthusiastic riders who have regularly participated in this year’s MMBA Summer Cup.  It was only fitting that the last Cross Country Race for 2021 would take place in there. In spite of the difficult route, one could see participants enthusiastic about the course. This augurs well for future events in Gozo. This, together with the cooperation with cycling clubs would certainly enable the sport to reach higher targets” explained MMBA President Pierre Zammit Endrich at the end of the race.

Prizes were given out to the winners by the Hon. Clint Camilleri, Minister for Gozo in the presence of Nadur Mayor Mr Edward Said.

The Malta Mountain Bike Association would like to thank the following sponsors and entities for their assisatnce and co-operation in making this event possible – Trustmoore, ORS, Falcar Group, Ministry for Gozo and Nadur local Council.