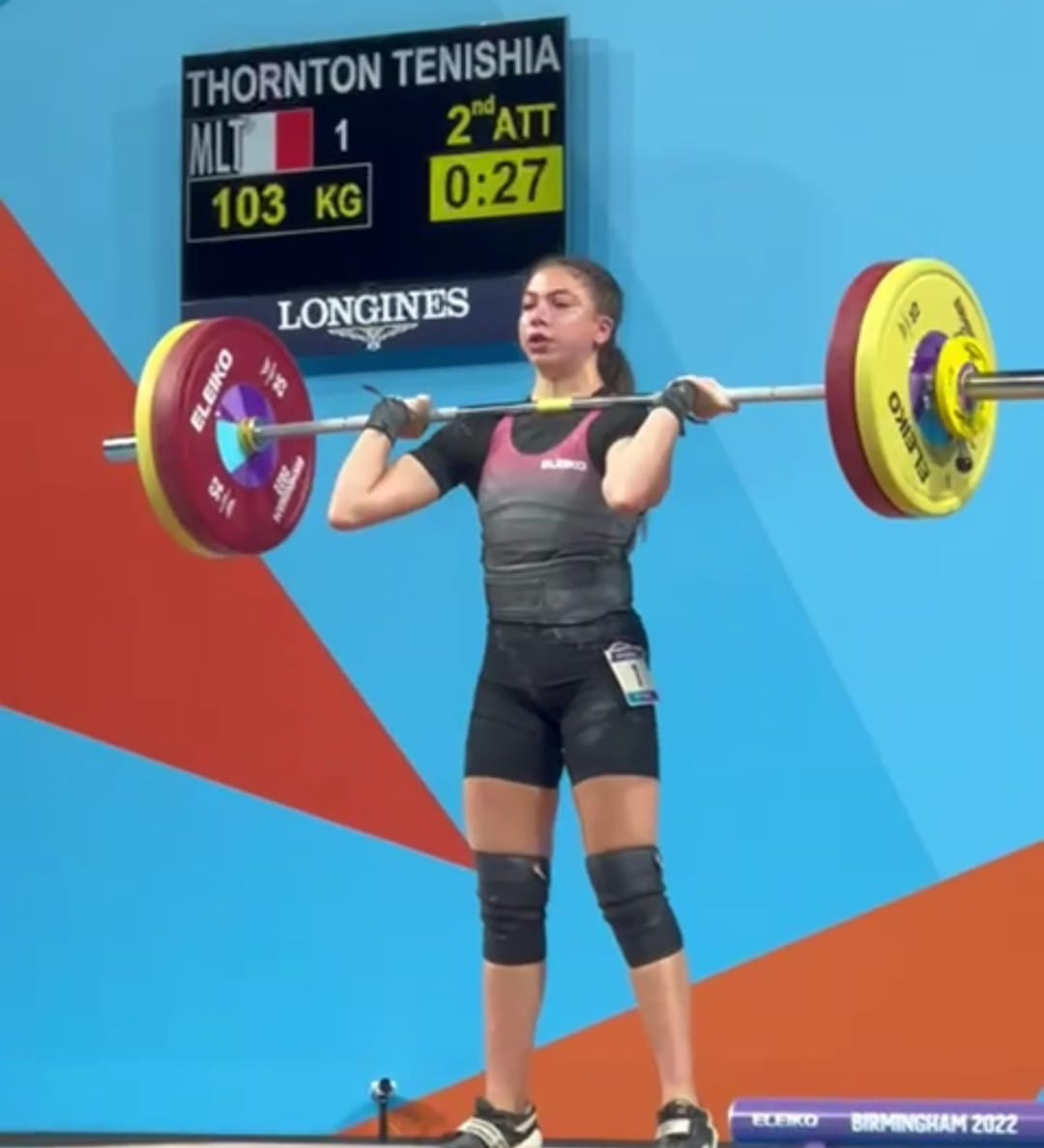 As the Commonwealth Games in Birmingham, continue to progress, Malta’s commitments on Sunday took place in Weightlifting and Lawn Bowls.

One of the youngest members of the Maltese contingent, weightlifter Tenishia Thornton was the first of the Maltese four weightlifters to compete on Sunday.  She competed in the 59kg category. The 16 year old managed a 78kg snatch and 100kg clean and jerk,  both equal to her best ever in this weight category.

Thornton, finished the competition in eighth place from a pool of 11 participants.  The competition was won by Rafiatu Folashade Lawal of Nigeria with a total of 200 kilos before Jessica Gordon Brown of the United Kingdom with 197 kilos and Tali Dorsigny of Canada with 196 kilos.

Meanwhile, in Victoria Park the Men’s Triples Team played against Fiji in the quarterfinals of this category, having drawn with India on the previous day.   Peter John Ellul, Troy Lorimer and Shaun Parnis on Sunday played a close game against Fiji with no clear winner being evident throughout the game. With scores being constantly changed, Malta went into the lead 12-10, but a reaction from Fiji towards the end meant that the game changed and Fiji emerged winners with a narrow score of 15-14.