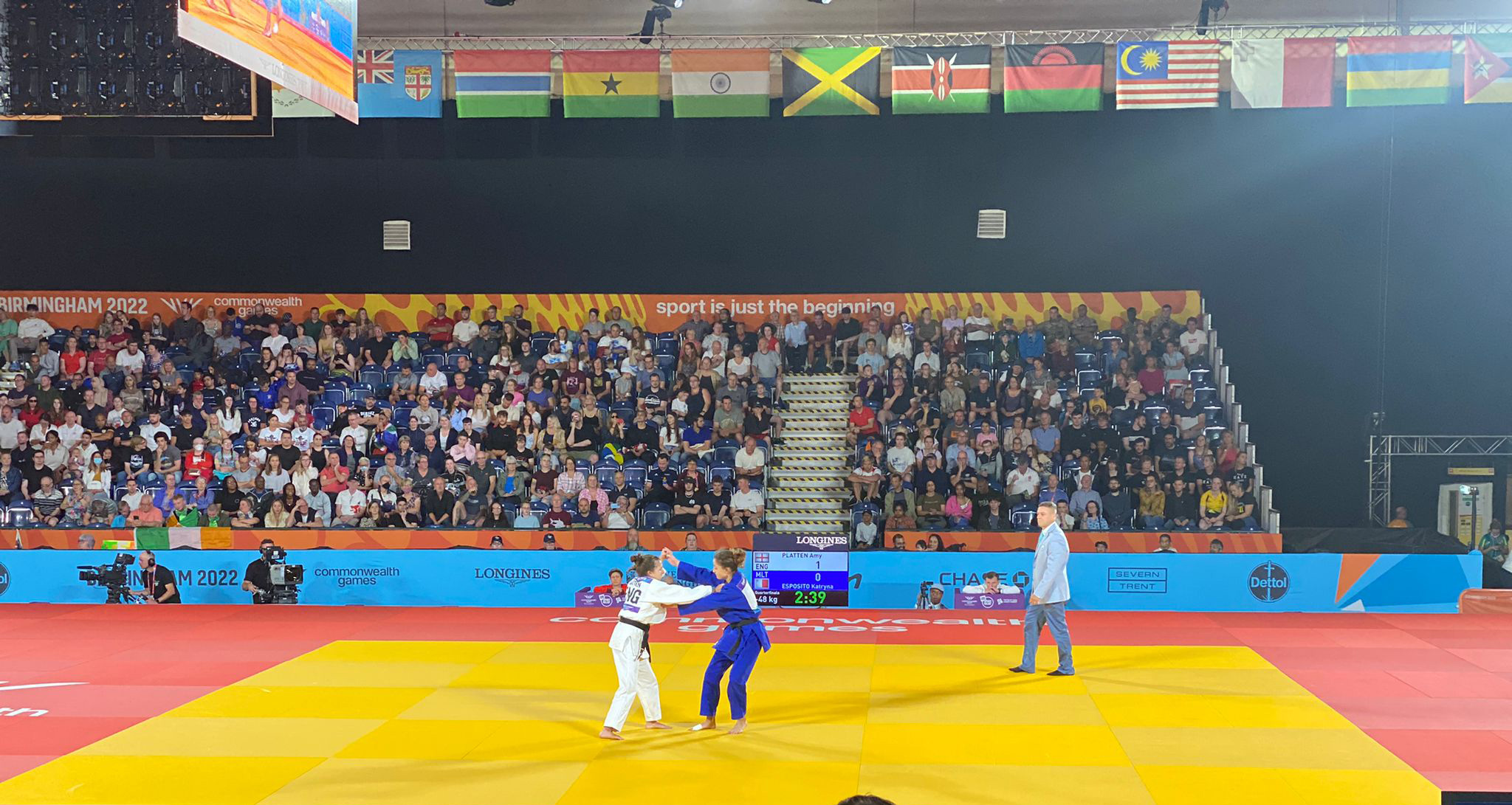 Judoka Katryna Esposito brought Bronze to Malta this afternoon at the Coventry Stadium and Area when she beat Mauritius’ Priscilla Morand. 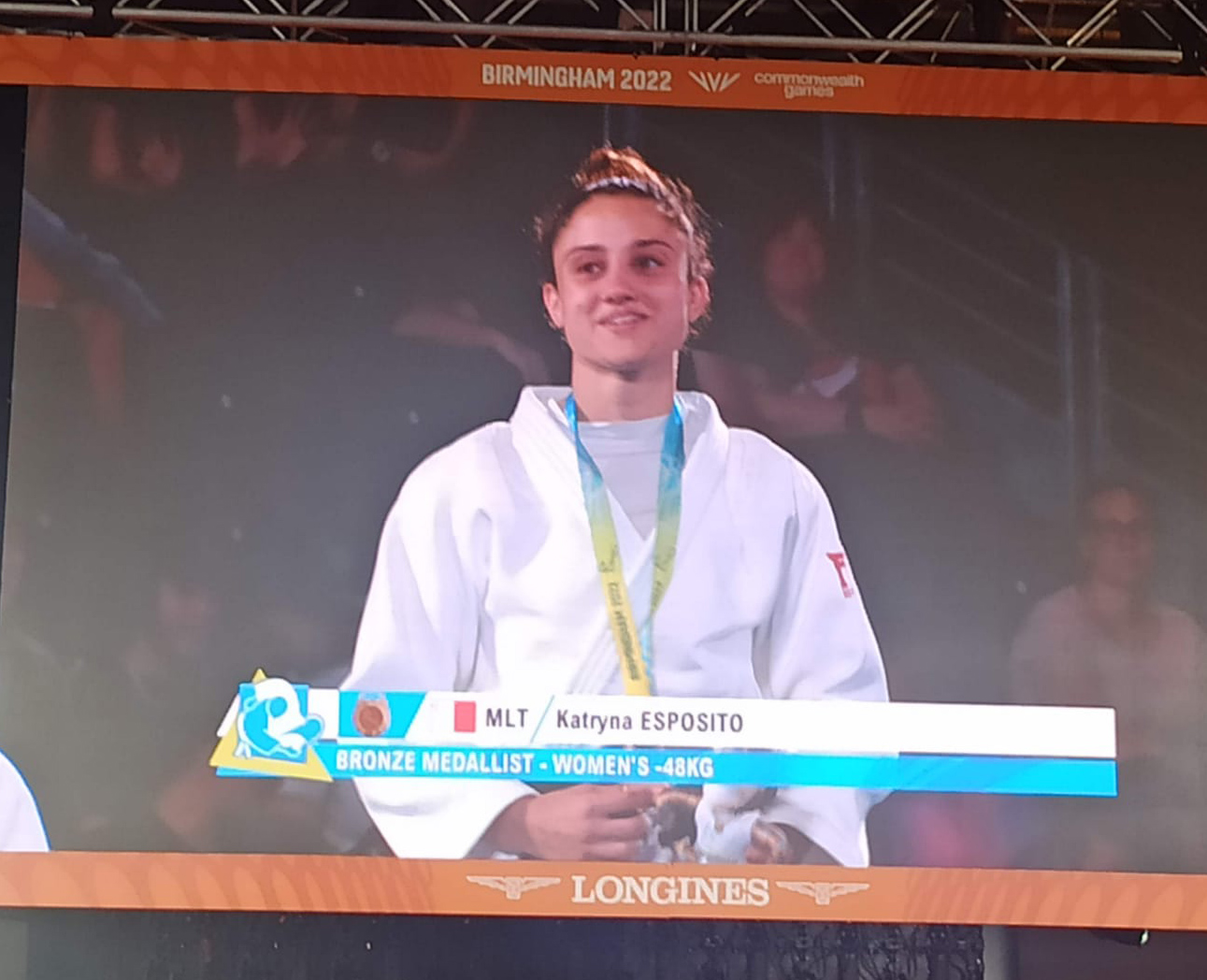 Judoka Katryna Esposito took to the mats this morning when she competed in the -48kg event against England’s Amy Platten.   Taking playing on home soil to her advantage, Platten took the better of Esposito winning the match by ippon for a final score of 10-0.

Not to be deterred,  Esposito gave a strong performance in the repechage contest beating Wales’ Ashleigh Anne Barnikel, also to an ippon in match that lasted 2 minutes 35 seconds.

Esposito’s performance against Morand showed great discipline to fend off the challenge of Morand who picked up two yellow cards during the contest before it was decided by a golden score.  Here, Morand picked up a third yellow card to hand the victory to Esposito.

In the meantime, in the NEC Arena, weightlifter Yazmin Zammit Stevens, who is making her second appearance in the Commonwealth Games, competed in the Women’s 64kg category.

The event was won by Canadian Maude Charron. With 101 kilograms and 130 kilograms in the Snatch and Clean and Jerk events she garnered a total of 231 kilograms registering a Games Record in the process.

Later on in the afternoon Roberta Tabone is expected to compete in the 71kgs final event, bringing to a close action from Team Malta for the day.

On Tuesday 2nd August, Malta will be competing in Athletics, when Carla Scicluna will be taking part in the 100m heats.  Lawn bowlers will also get back in to action when they compete in the Women’s Pairs and Men’s Four events.