By Maria Vella-Galea May 28, 2021 Games, News, Olympic Games
No Comments 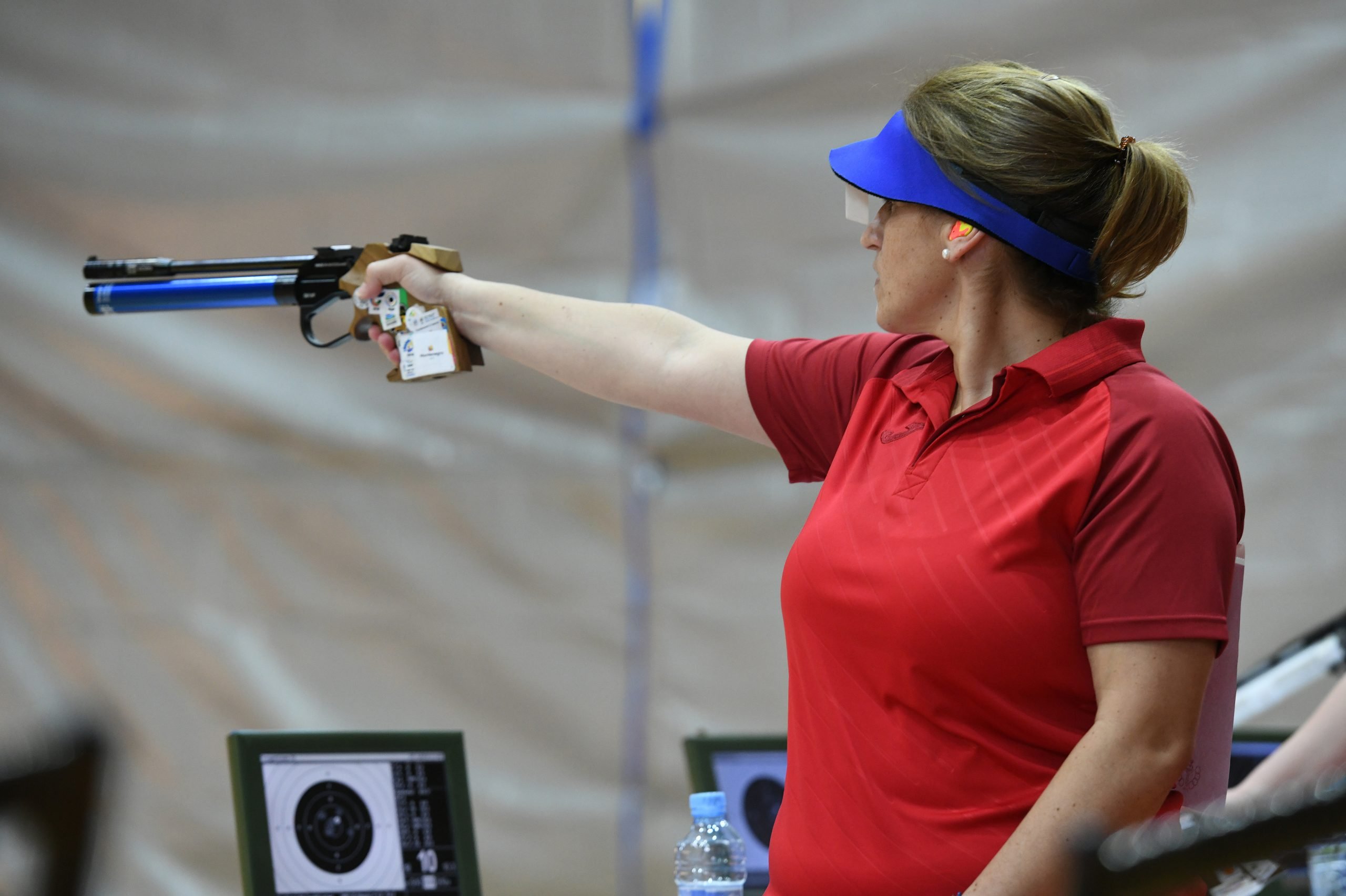 The Maltese Olympic Committee have announced that indoor pistol shooter Eleanor Bezzina is the first Maltese athlete to have her participation at the forthcoming XXXII Games of the Olympiad in Tokyo, officially confirmed.

Bezzina will be competing in her second Olympic Games – having taken part in 2016 in Rio.  She has also been a recipient of an Olympic Solidarity Scholarship for the past three years.

“Today’s announcement came as a very pleasant surprise.  This past year has been very challenging since all international competitions were cancelled one after the other. Furthermore, we had no access to training facilities. I tried to find alternative methods of training to keep my technique in shape though it is quite different from my actual sport” commented Bezzina.

Bezzina is currently competing at the European Championships in Osijek, Croatia.  This is her first competition in fourteen months.  On Monday, in the 10m Air Pistol event, she placed 16th from 70 shooters, narrowly missing the final for just two points. Her next commitments will be on Monday and Tuesday when she competes in the 25m Pistol events.

“The ticket to Tokyo has been an immense boost, and it pushes me to train even harder, focus more and to prepare to give a good performance.  I will build for it in the best way I can. It is an honour to be part of the Maltese contingent and will keep the Olympic Movement motto – Faster, Higher and Stronger, always in mind” continued Bezzina.

Her participation was made possible through the Tripartite Commission Invitational, which offers National Olympic Committees the opportunity the send top athletes in their respective sport who have not managed to qualify.  Bezzina will be competing in the 10m and 25m indoor shooting events.

The Maltese Olympic Committee is expecting to announce some more names in the very near future since there should be opportunities for participation by means of the same Commission and the Universality Clause which should grant two places in the swimming events and one in athletics.  The Universality Clause allows Olympic Committees, with no male or female qualified athlete, to enter their best ranked male or female athlete in one of the above sports.

“The Maltese Olympic Committee is pleased to see its first athlete being officially chosen to take part in Tokyo 2020.  The road to the Olympic Games is challenging enough without having to contend with a pandemic. Yet all Olympic hopefuls have been taking this in their stride and working hard. We hope that we will be in a position to announce more names in the forthcoming days.” stated Julian Pace Bonello, President, Maltese Olympic Committee.