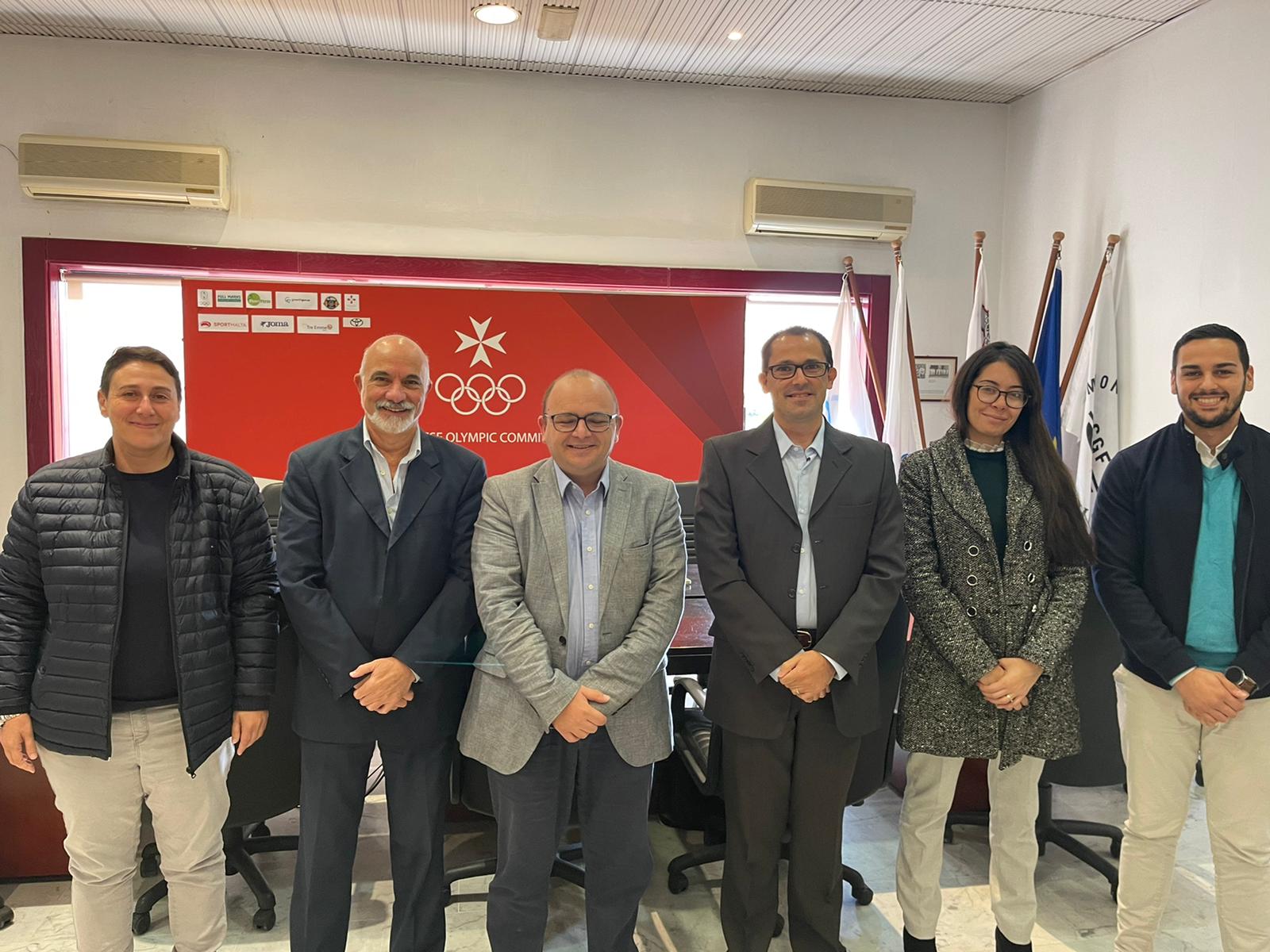 Relaying feedback received from its affiliated member federations, MOC President Julian Pace Bonello and Secretary General Kevin Azzopardi appreciated the Commissioner’s availability and utmost willingness to support the MOC and its member federations by providing training as well as discuss further as to how a number of challenging issues may be simplified.

On his part Commissioner Saliba appreciated the Maltese Olympic Committee’s initiative in setting the ball rolling together with SportMalta who was represented at the meeting by Dr. Karen Zammit Southernwood, Director Regulatory Affairs Directorate.