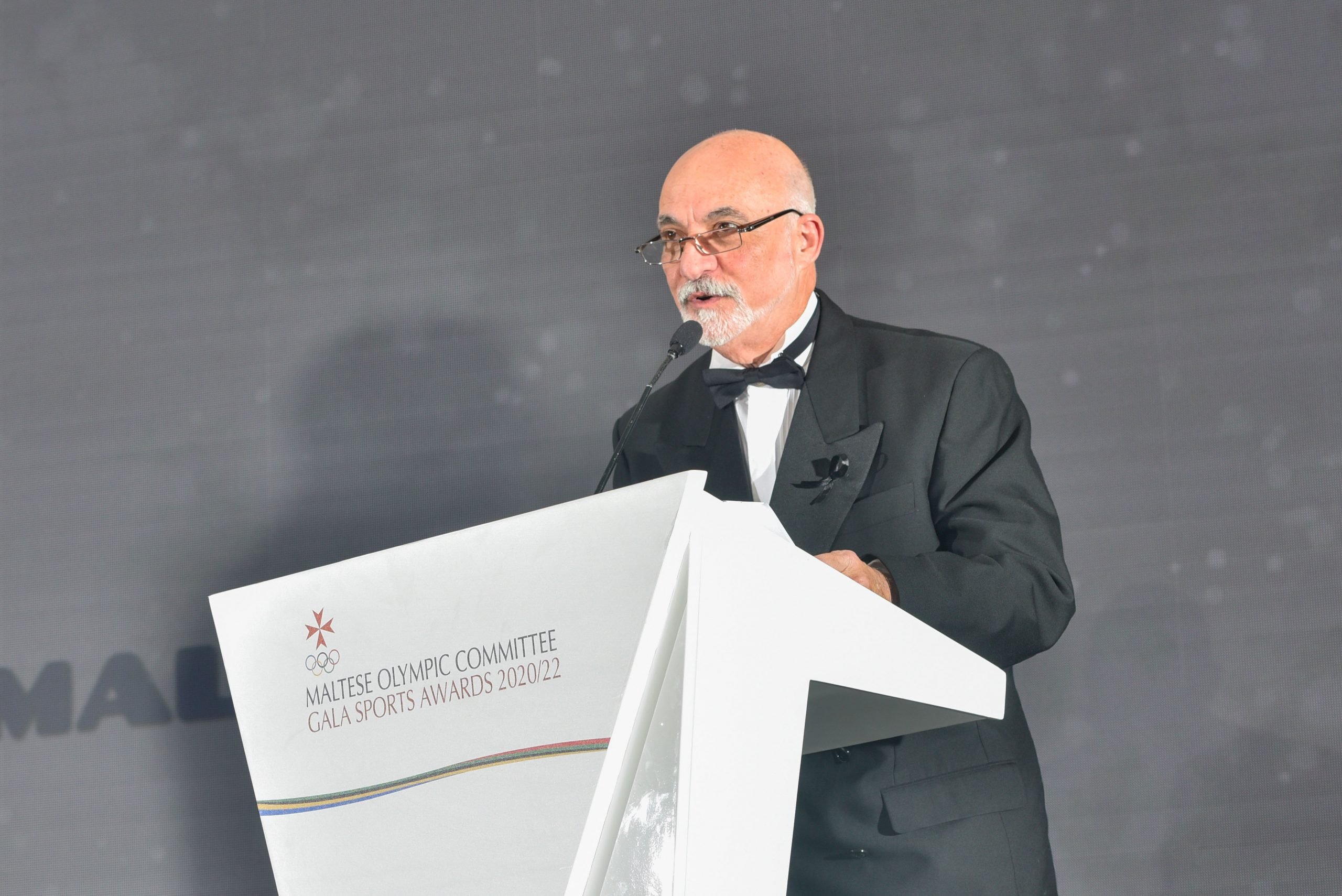 The Maltese Olympic Committee hosted the 19th MOC Sports Gala Awards on Wednesday evening.   The Awards recognised athletes’ endeavors for the past two years which saw Malta being represented in numerous international events.

MOC President Julian Pace Bonello commended the dedication and commitment that Team Malta athletes have shown, particularly when faced with the additional challenge of the Covid-19 pandemic which hindered training and competitive activity. Nonetheless, he remarked that this year, Maltese athletes shone in all the three major Games – Mediterranean, Commonwealth and European Youth Olympic Festival bringing coveted medals home.

Present for the Gala was the Minister for Education, Sport, Youth, Research and Innovation Dr Clifton Grima who noted the importance that prestigious achievements done by our athletes on the international scene are  recognised. 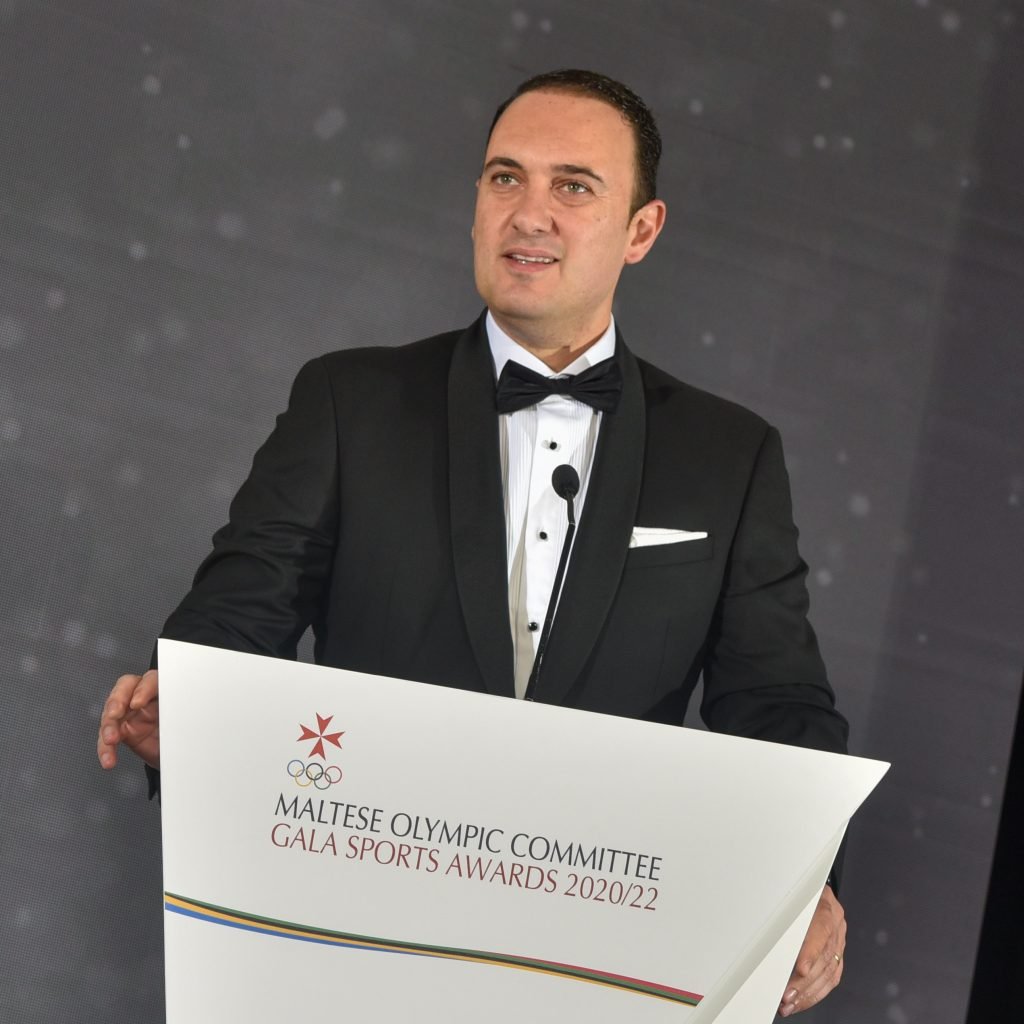 “These successes are a result of the dedication and sacrifices made by our athletes which are leading them to remarkable results both in the locally and internationally”, said Minister Grima. He also acknowledged the work being done by the Maltese Olympic Committee with the preparation of the athletes for the Games of the Small States of Europe which will take place next year. “We are investing directly in our athletes so that we continue to see this kind of success also in these games”, concluded Minister Grima.

The evening saw a number Special, Bronze, Silver and Gold Awards being presented as well as recognition given to athletes who competed in the Tokyo Olympic Games, athletes who used their sport to drive a positive message and raise awareness on social issues as well as local councils who have been working to develop sporting initiatives within their communities.  The Hall of Fame also inducted three individuals as a recognition for their work throughout the years.

The Special Awards is presented to athletes, who have performed well at high level competitions at European or World level and who’s participation can be restricted due to age and other criteria.

The Bronze Award is bestowed upon those athletes who won a Silver or Bronze Medal in the Championships of the Small States of Europe, Commonwealth Youth Games, Youth Olympic Games as well as a placing in the top eight places in the Commonwealth Games, Mediterranean Games, European Games and other high level events.

Silver Awards give honour to those athletes winning a gold medal at championships of the Small States of Europe, Olympic Games, Youth Commonwealth Games as well as a Bronze medal at Commonwealth, Mediterranean, European Games and other high level events.

The highest level of award presented during the Gala evening, the Gold Award category recognises medal winners at Olympic Games or Commonwealth Youth Games as well as International Championships and other high level events.  Silver medal winners at Commonwealth, Mediterranean and European Games as well as those athletes placing in the top eight places at Olympic Games.

The winners for the year 2021 were Jordan Gusman (Athletics) who with an impressive performance won the 3000 meters race in the European Team Championships held in Cyprus and not only set a national record but also achieved the best time in all four divisions of the European Team Championships Teams including the Super League.  Sabrina Grima (Body Building and Fitness) winner of the IFBB Diamond Cup and the Elite Pro which took place in Malta. Richard Schultheis (Sailing) was presented with the Gold award for the impressive victory in the twenty-niner division of the Euro Cup, another victory in the same discipline in the competition in Kiel, in the Italian and German nationals, won in the WASZP foiling competition in Italy as also for second place in the World Championships. The Valletta Subbuteo Club (Table Football) team made up of Samuel Bartolo, Angelo Borg, Joseph Borg Bonaci, Mark Camilleri, Derek Conti and Mark Gauci, winner of the Major of Frameries in Belgium and winner of the Malta Grand Prix and who are first in world rankings.

The Maltese Olympic Committee also recognised six Olympians, who formed part of the Maltese contingent at the Tokyo 2020 Games.  These athletes were Carla Scicluna (Athletics) who took part in the 100m, Andrew Chetcuti (Swimming) who took part in the 100m freestyle event and Sasha Gatt, one of Malta’s youngest Olympians who made her Olympic debut in Tokyo in the 400m and 1500m freestyle events.  Matthew Abela (Badminton) made his Olympic debut in the singles events, Eleanor Bezzina (Shooting) competed in the 10m and 25m events, whilst Yazmin Zammit Stevens (Weightlifting) also made her debut in the 64kg category. 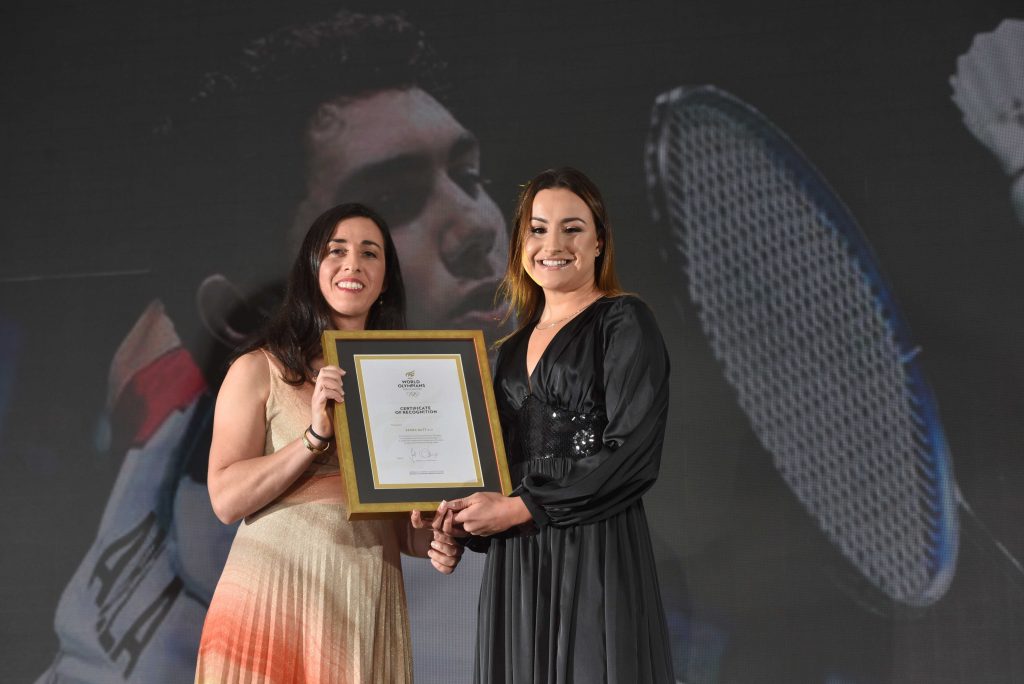 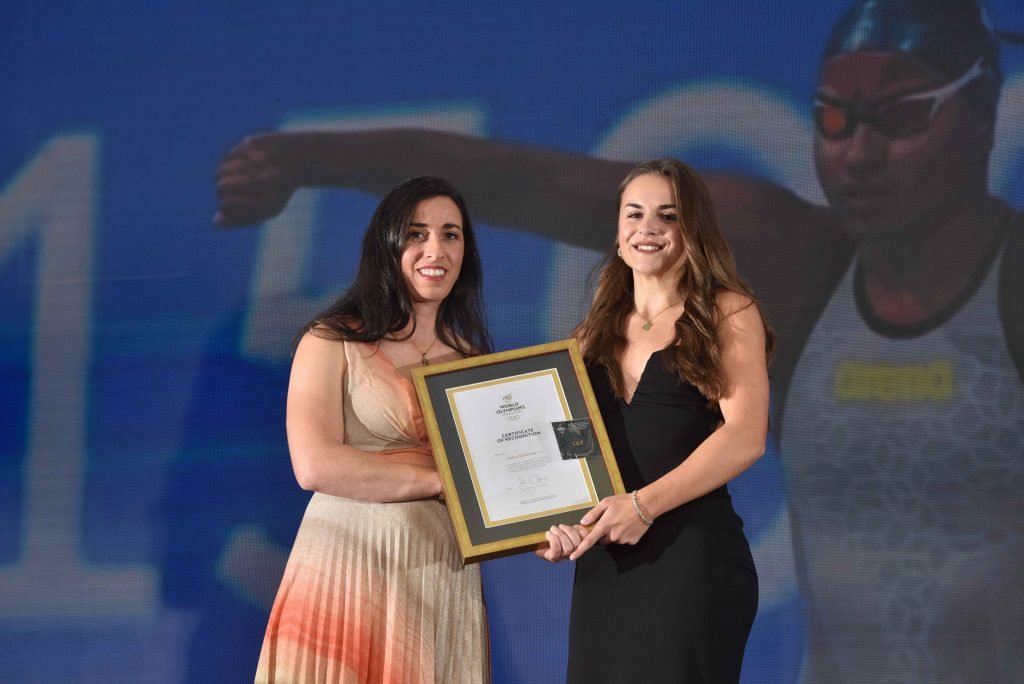 In addition to the awards and recognitions the Maltese Olympic Committee recognised Olympian Neil Agius (Swimming) and former National athlete (Triathlon) Fabio Spiteri who made use of their respective disciplines to create awareness on the threat marine life and biodiversity are facing and to raise funds for local animal sanctuaries. 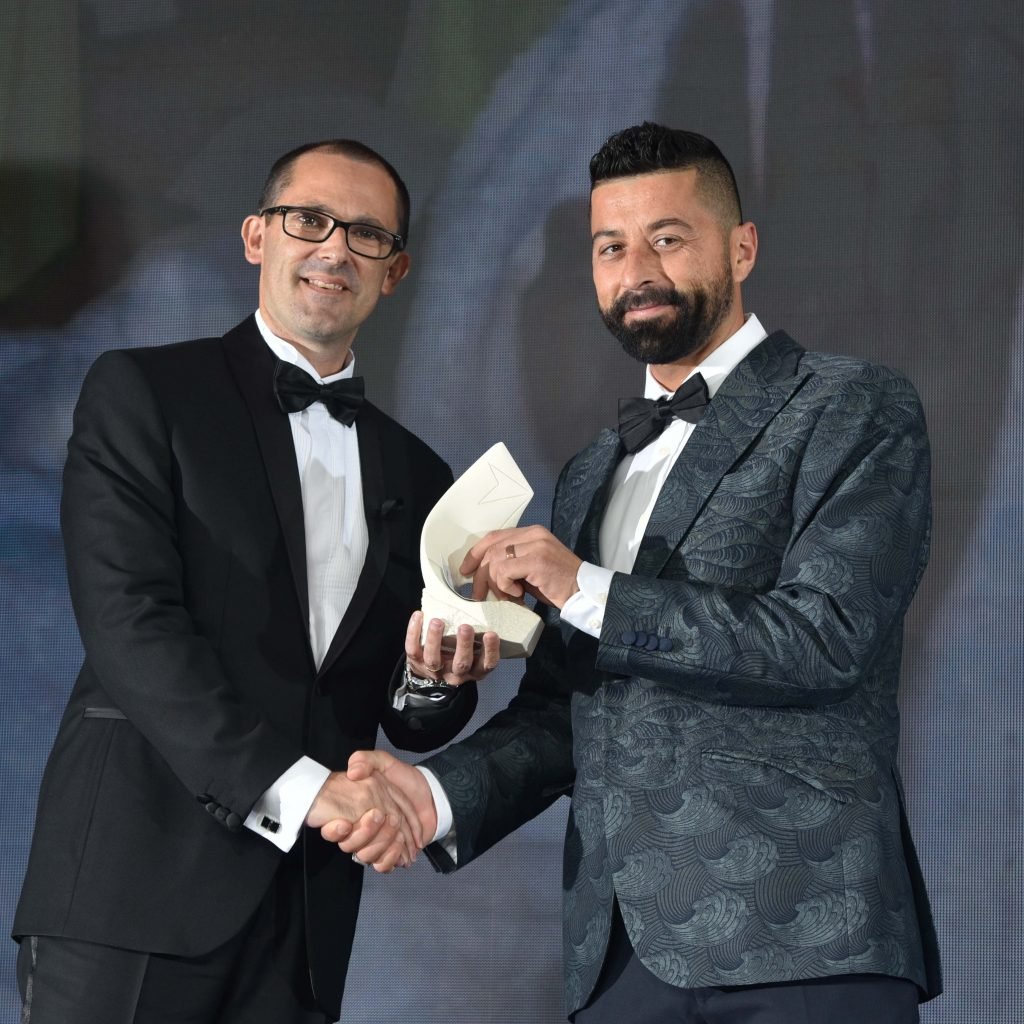 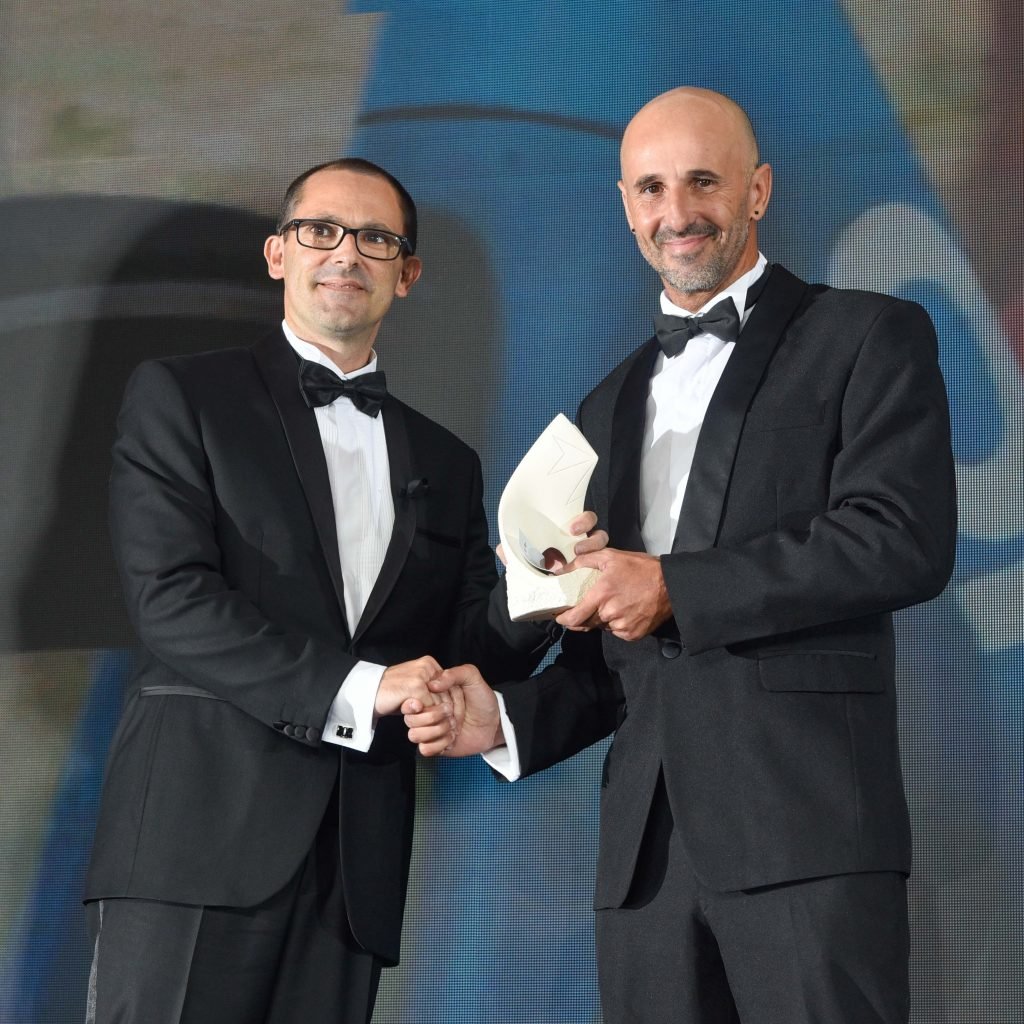 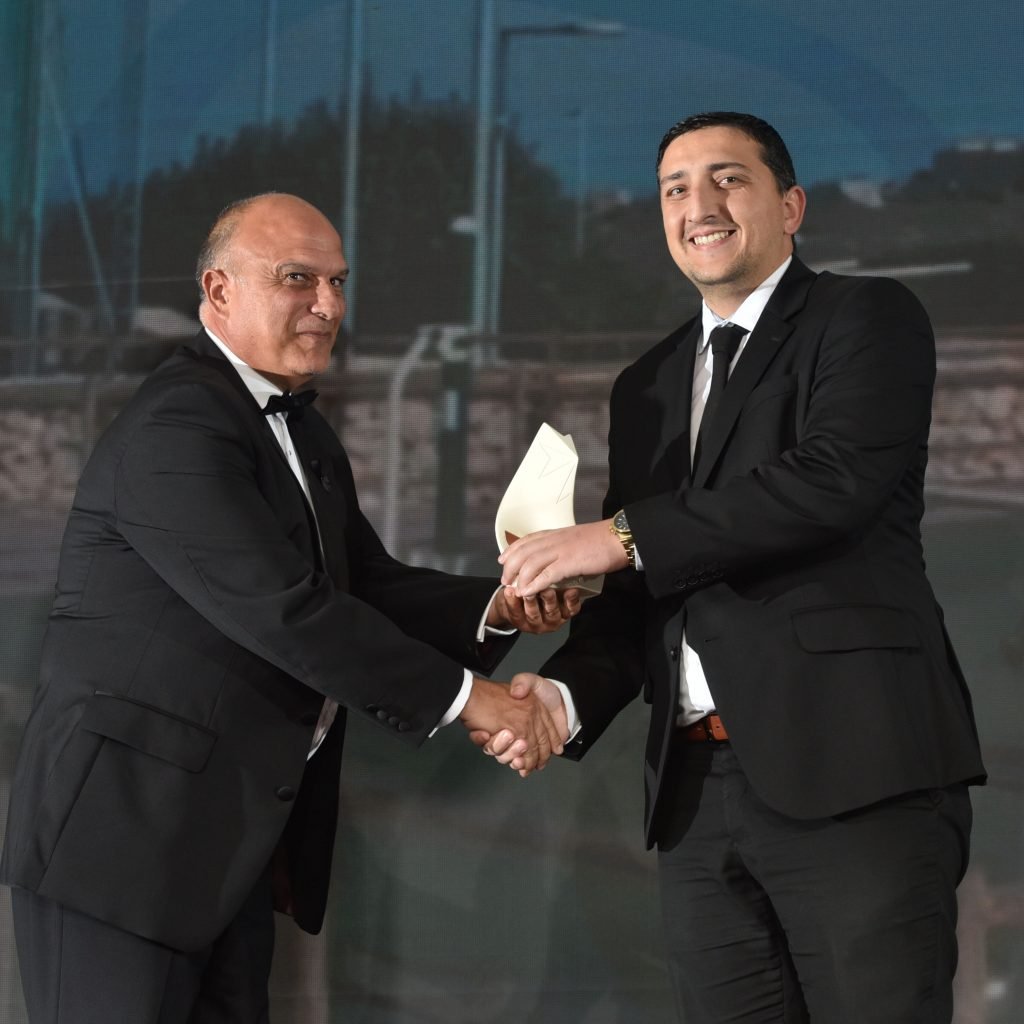 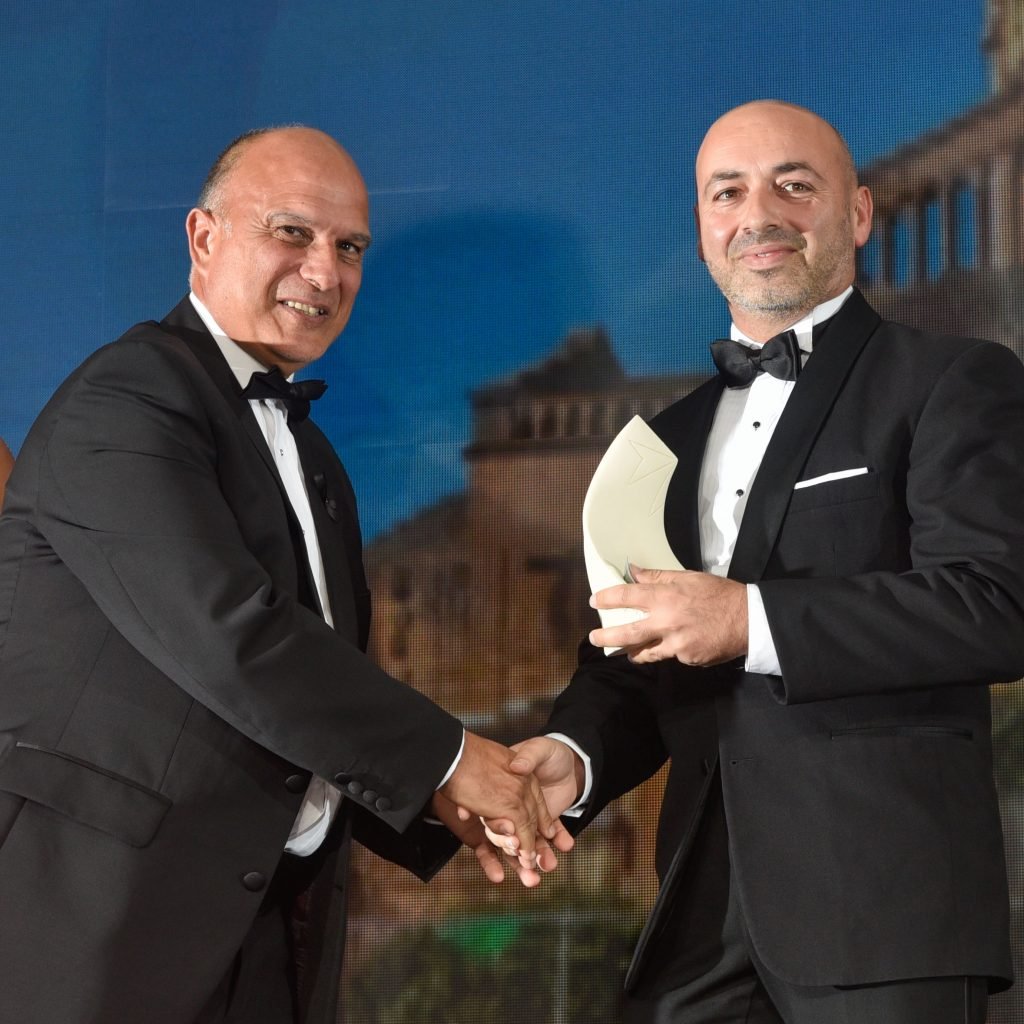 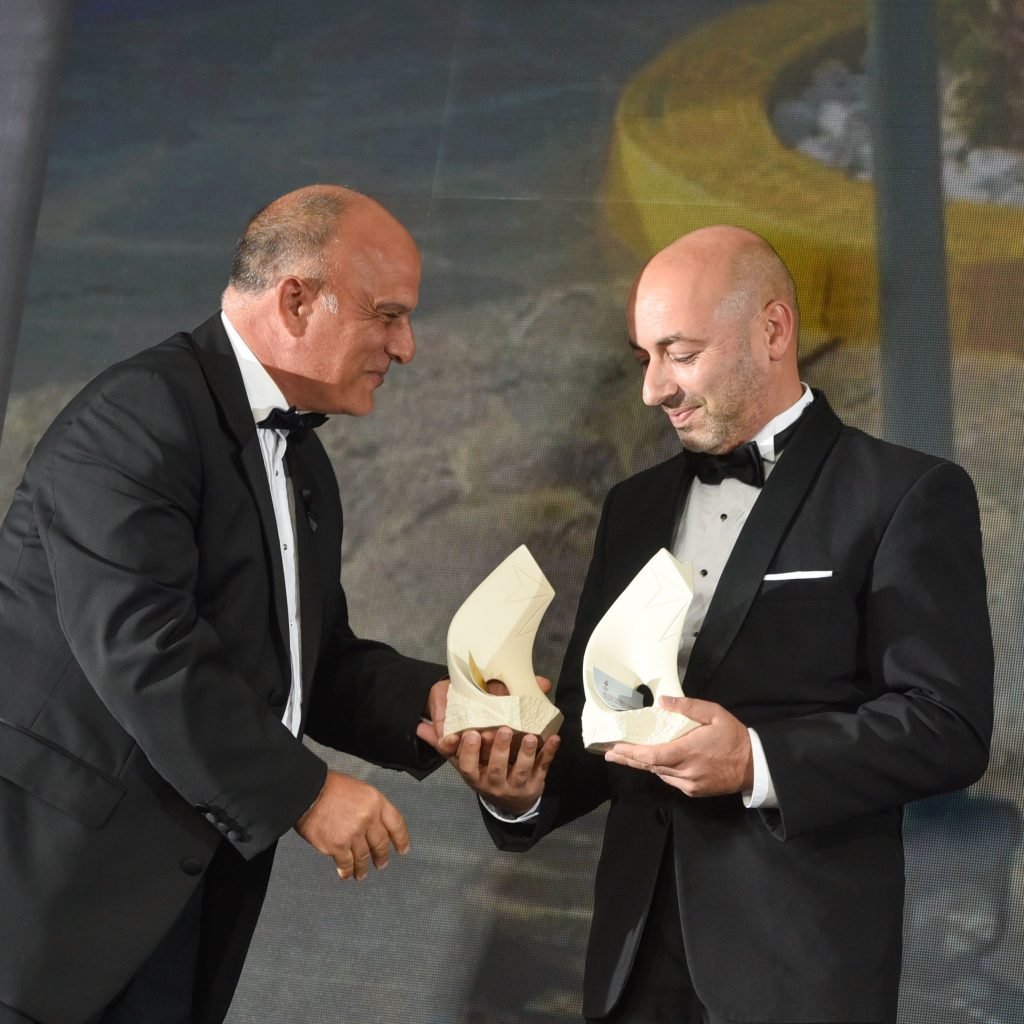 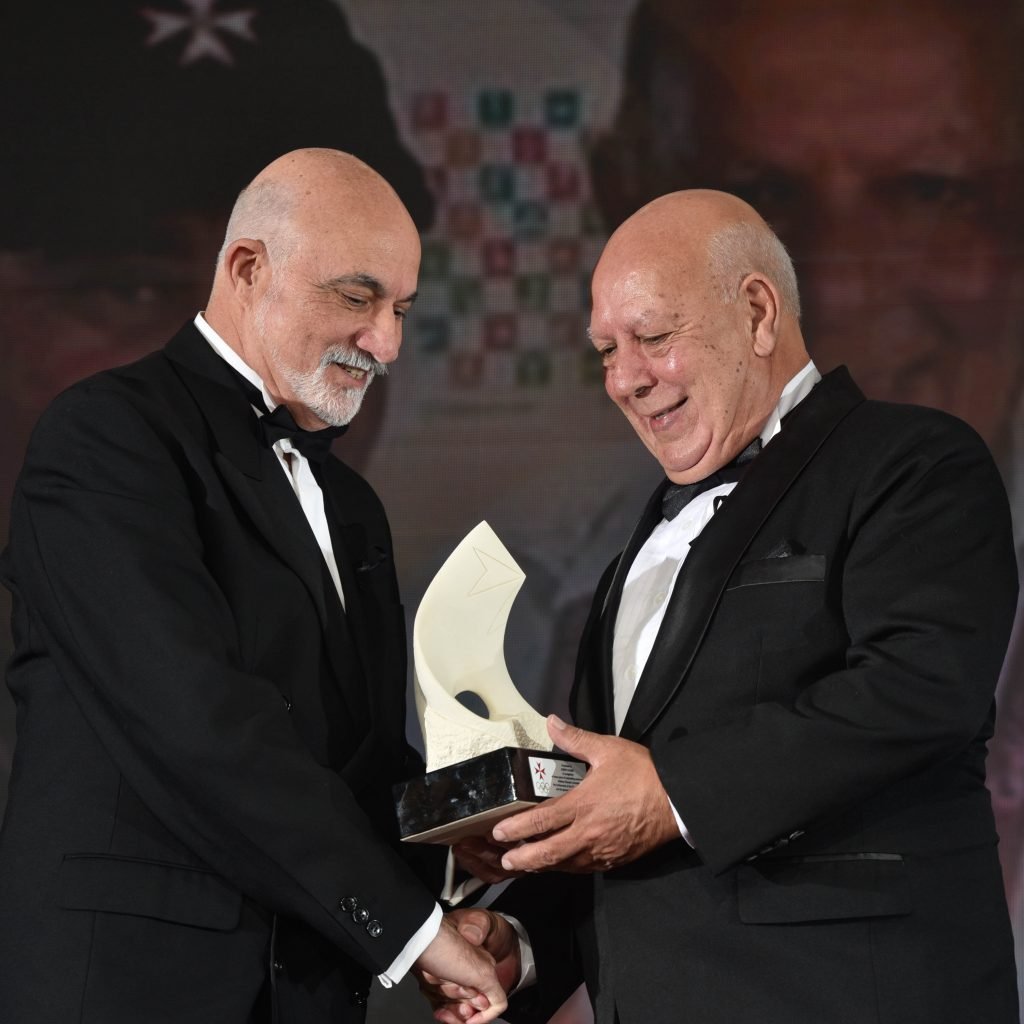 The Gala evening culminated in the induction of three individuals into the Hall of Fame This honour is bestowed upon former athletes, official and administrators who through their contributions left a mark in their respective disciplines and associations.  Criteria also demands that these individuals are known for their integrity and regarded with high esteem amongst their peers for several years.  This year’s inductees were Francis Bugeja who worked tirelessly for more than 50 years in the Malta Billiards and Snooker Association first as a secretary then president. He was the first Maltese referee to officiate in the final of the World Championships in Malta in 1971;  Sports journalist Mario Meli, who from a young age was involved in several sporting disciplines and was also athletics champion in the 800m and 1500m events; and John Tabone. Hailing from a family of sportsmen, he was a founding member of Luxol Basketball Club and coached the sport for over 40 years. 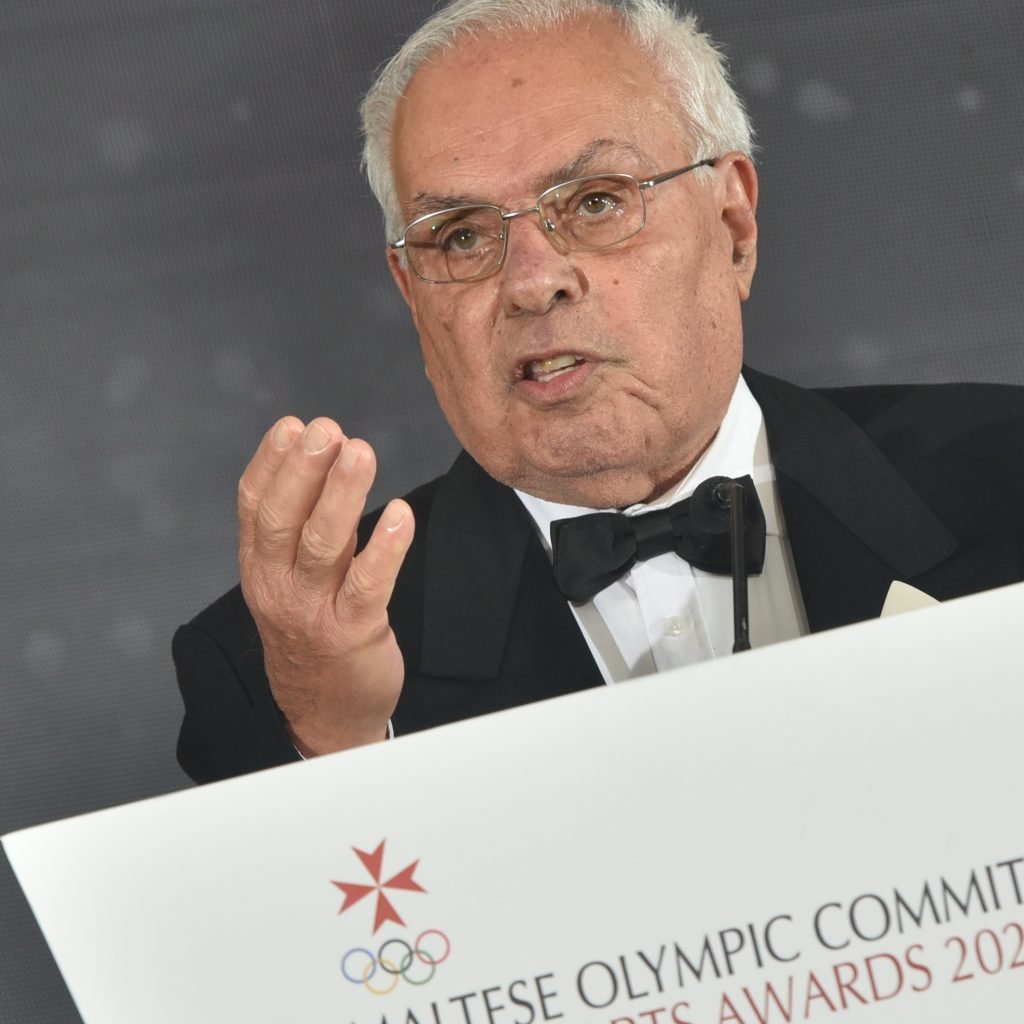 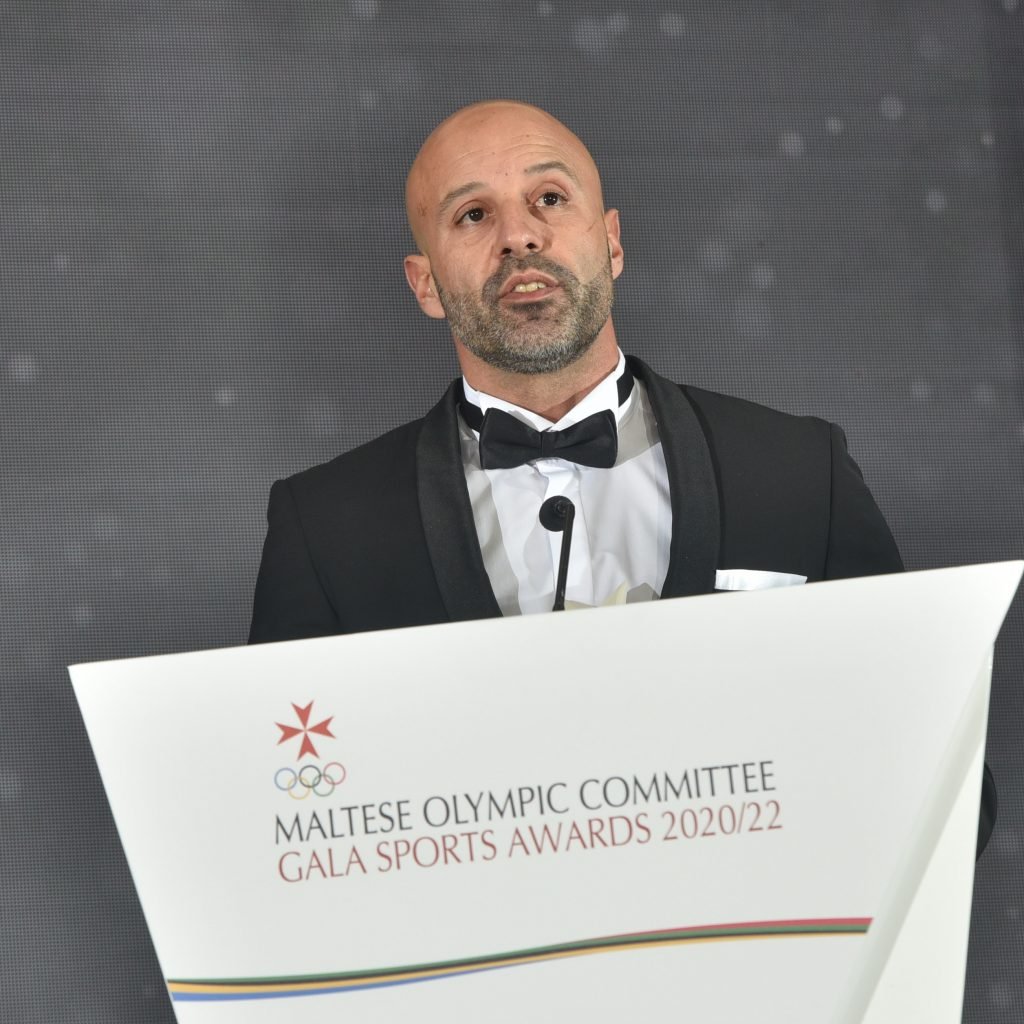 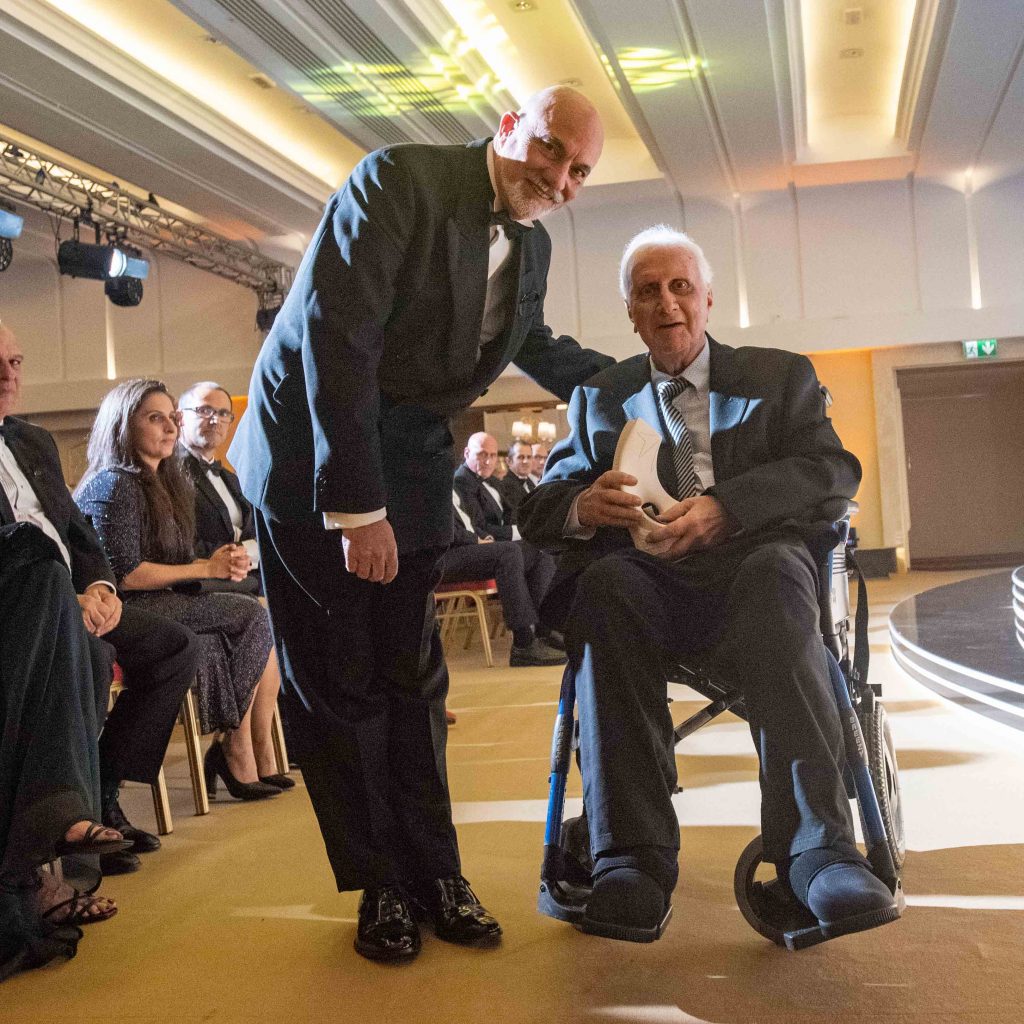 The Maltese Olympic Committee expresses its gratitude to organising committee chairman William Beck and the rest of the team for the hard work put into the MOC Gala Sports Awards.