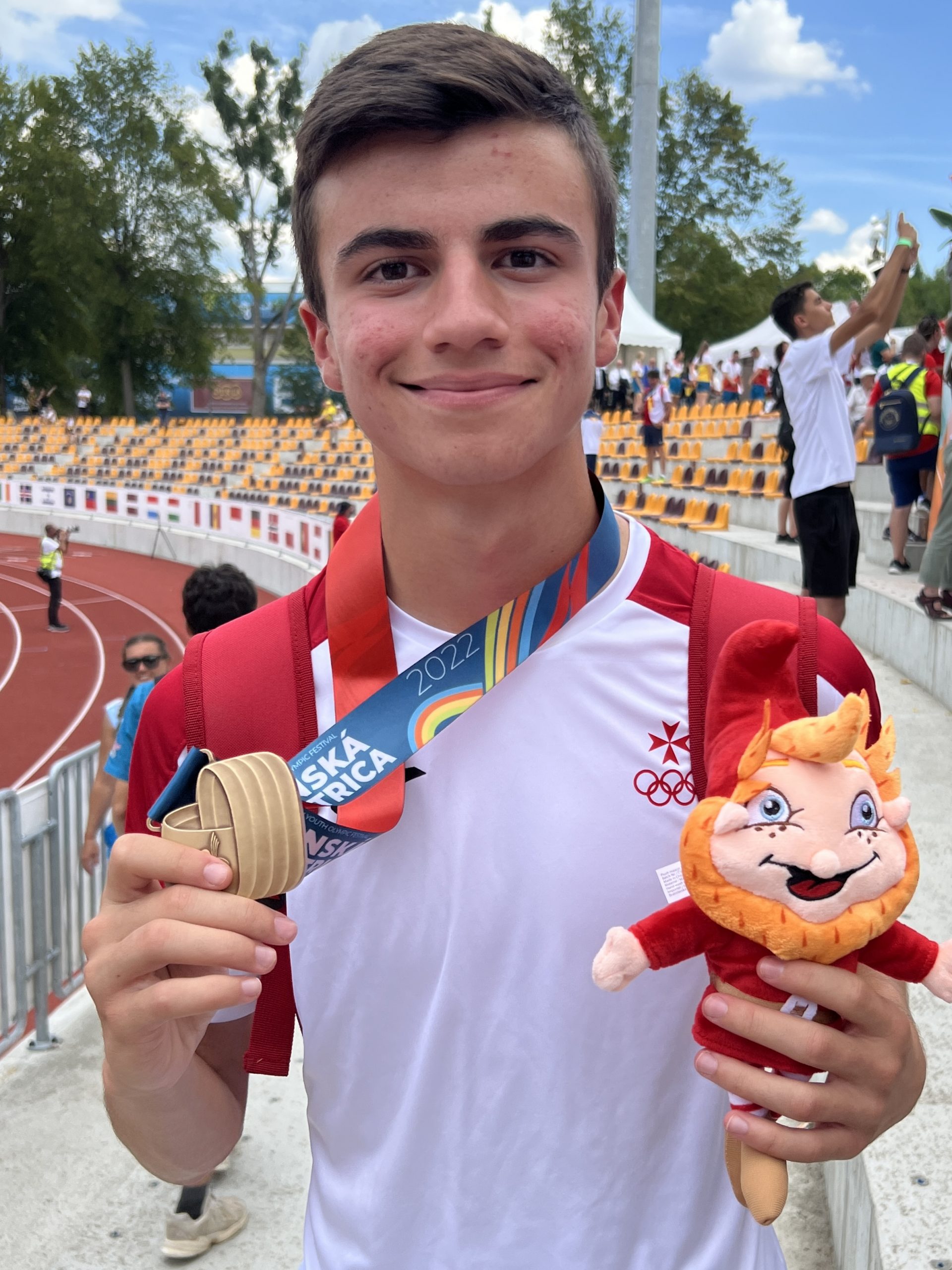 Matthew Galea Soler made history on Thursday 28th July, when he became the first Maltese athlete to win a medal at the European Youth Olympic Festival which is currently taking place in Banska Bystrica, Slovakia.

Galea Soler competed in the 400m events, for which he earned a place for Thursday’s final earlier on in the week.

Despite being allocated the least favoured Lane One, Galea Soler ran a composed and controlled race which saw him storm to third place and the first ever Bronze medal for Malta at these Games.  His third placing in a time of 48.84 also meant that he now holds the U18, U20, and U23 National Records.

The Gold medal went to Israeli athlete Noam Mamu who finished in 47.60, followed by Spain’s Fabian Vidal in 48.66.

“To say we are thrilled is an understatement. These Games are of an incredibly high level and to register such a performance is nothing short of amazing.  Matthew has been such as focused athlete throughout and we are incredibly proud of him” remarked Maria Vella-Galea, Chef de Mission and MOC Director of Media and PR.  “The Games are usually the first experience of a multisport competition for young athletes, and the level is such that many athletes have gone on to compete in the European Games and Olympic Games”

The Medal Ceremony took place on Friday afternoon, at the Athletics Sport Park.

Commenting just before the medal ceremony, Galea Soler remarked that he was not expecting to return home as a medal recipient but rather his objective for the race was to obtain a personal best time.

With Galea Soler’s performance Team Malta’s commitments in Slovakia are now over and the contingent will be returning to Malta on Sunday. Maltese athletes Mireya Bugeja and Philippa Busuttil took part in the 800m event (athletics) and the all-around event in Gymnastics respectively.