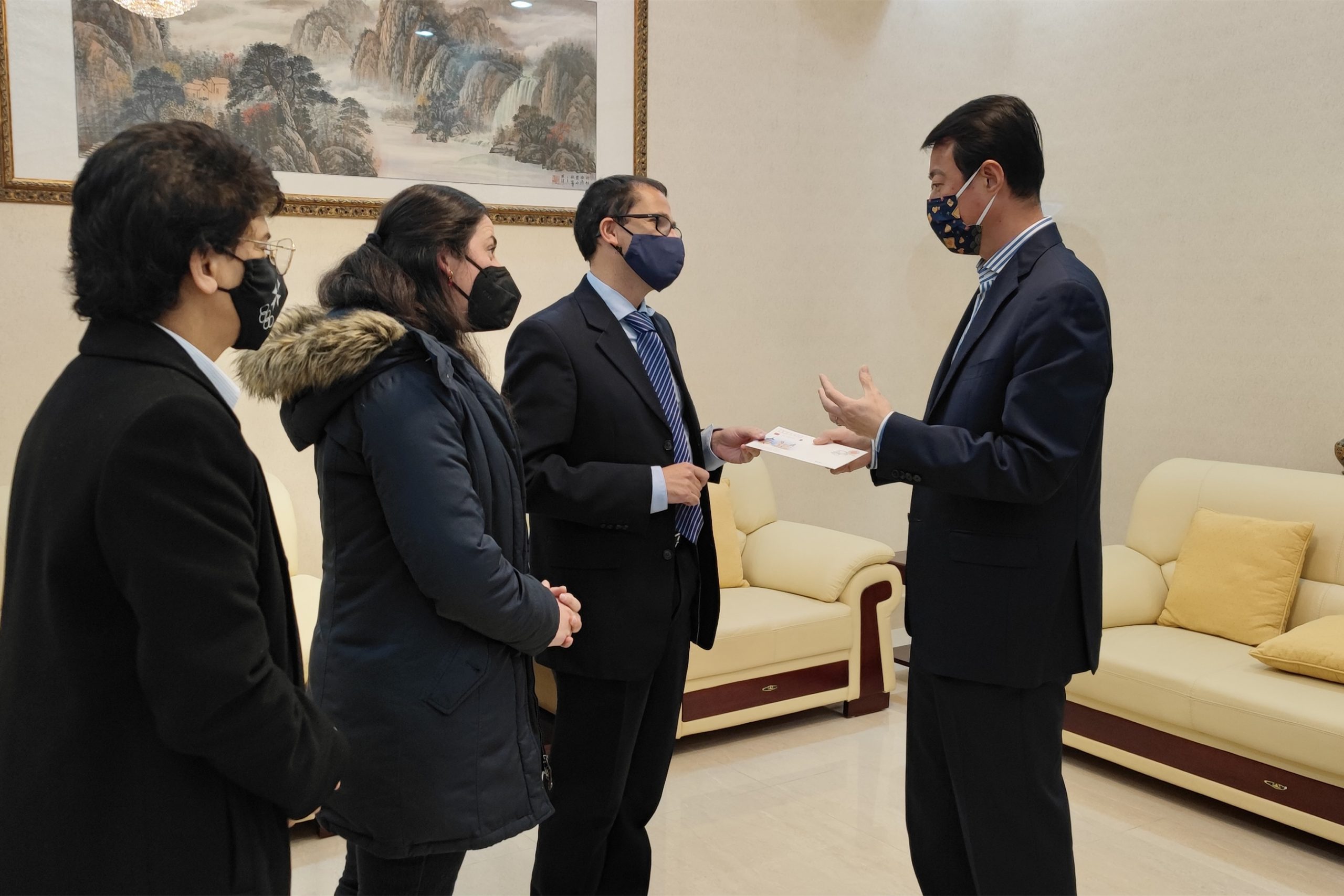 Members of the Maltese Olympic Committee Executive Board met with  H.E. Ambassador, Chinese Ambassador to Malta.

Ambassador Yu said that being a complete success, the Beijing Winter Olympic Games have showcased that sport could serve as a bridge between different countries, races and cultures, enhancing mutual understanding and promoting exchanges. China has fulfilled its solemn promise of presenting a streamlined, safe and splendid Olympic Games to the world. He  expressed his appreciation to the Maltese side for supporting China’s hosting of the Games and congratulated team Malta for their performance.

He also mentioned Ms Jenise Spiteri, the first Maltese snowboarder participating in the Beijing Winter Olympic Games who has won the hearts of many Chinese people and called her a good “messenger” between China and Malta.

He said that China is ready to take the 50th anniversary of the establishment of the bilateral diplomatic ties as an opportunity to further strengthen cooperation in various sectors including sports in order to better benefit the two peoples.

On behalf of the Maltese Olympic Committee, Secretary General Kevin Azzopardi and Director of Sport Charlene Attard, congratulated China on the success of the  Beijing Winter Olympics Games, which offered athletes a memorable experience.  The MOC expressed its willingness to further strengthen communication and cooperation with China, which could potentially lead to positive contribution towards the improvement of sport and friendship between the two countries.

Artistic Swimming | Success for Malta at the Belgian Wolf Cup