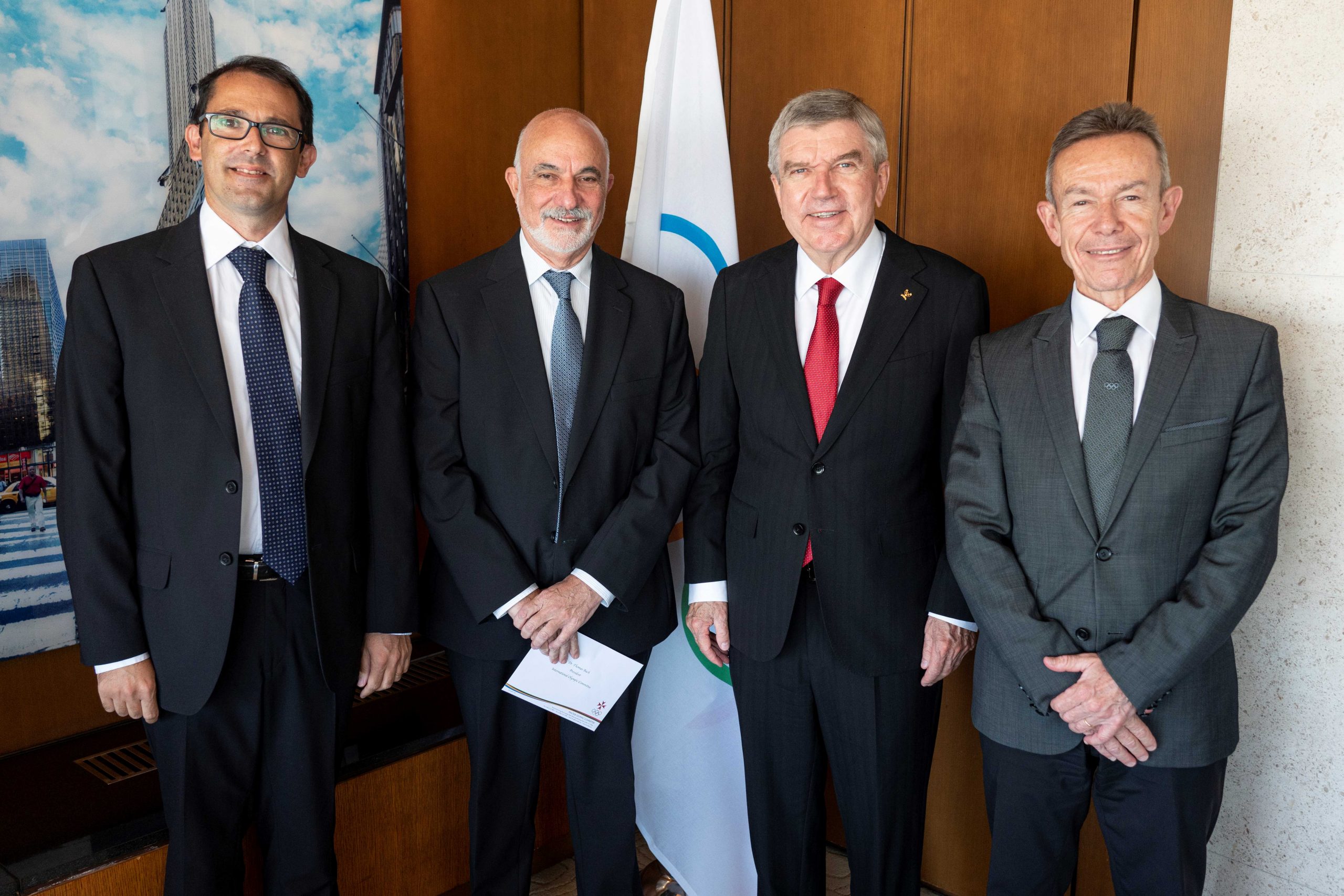 With the Games of the Small States of Europe seven months away, Maltese Olympic President Julian Pace Bonello has extended an official invitation to International Olympic President Thomas Bach to attend the Opening Ceremony scheduled for Monday 29th May 2023.

Accompanied by MOC Secretary General Kevin Azzopardi, a short meeting was held during the proceedings of the 26th General Assembly of the Association of National Olympic Committees currently being held in Seoul, South Korea. Dr. Bach stated that he was delighted to receive such an invitation and was looking forward to give his support to Europe’s smallest nations in what will be the 19th edition of the Games.

Pace Bonello stressed that it will be an honour to have Dr. Bach present during these Games that Malta will be hosting for the third time following the previous two editions in 1993 and 2003.

The Malta Invitational Games continue with marked success for Malta