The logo design for the 2023 Games of the Small States of Europe, just under a year before the competition is set to begin was unveiled on Monday by the Maltese Olympic Committee and Minister for Education, Sports, Youth, Research and Innovation Dr Clifton Grima.

Created by local agency The Concept Stadium based on inspiration drawn from designs produced by students, who were invited to participate in the process in a competition launched last December for school children aged between 10 and 18.

The logo merges the famous Olympic rings with the sea, fish and a Maltese icon recognized by many –the eye symbol. The eye has, over the years blended into several aspects of Maltese culture, starting from the famous Gardjola in Senglea to the Maltese boats called Luzzu as well as integrated in local fashion.  The colours of the Olympic rings were merged to highlight Malta’s values of diversity and inclusion through the blending of the different colours,  creating new colours and hues when overlapping each other.

“I congratulate all participating students who contributed towards the inspiration of the logo we are launching today”, augured Minister Grima. “This was a great opportunity for our school children to take part in the organisation of these games, and their contribution will be widely showcased, putting yet again Malta on the International map”, said Minister Grima. 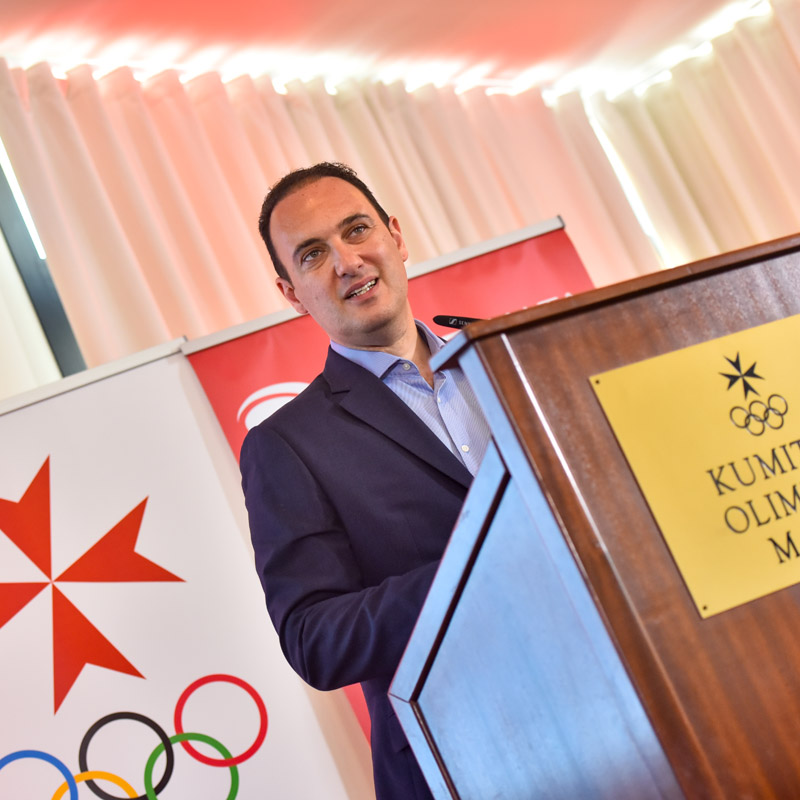 “Today’s launch is another important milestone which brings us closer to the Games.  We are very excited to present this logo, which we believe will be quickly recognised and a wonderful calling card for Malta as we build up the momentum towards the Games.” explained Julian Pace Bonello, President of the Maltese Olympic Committee. 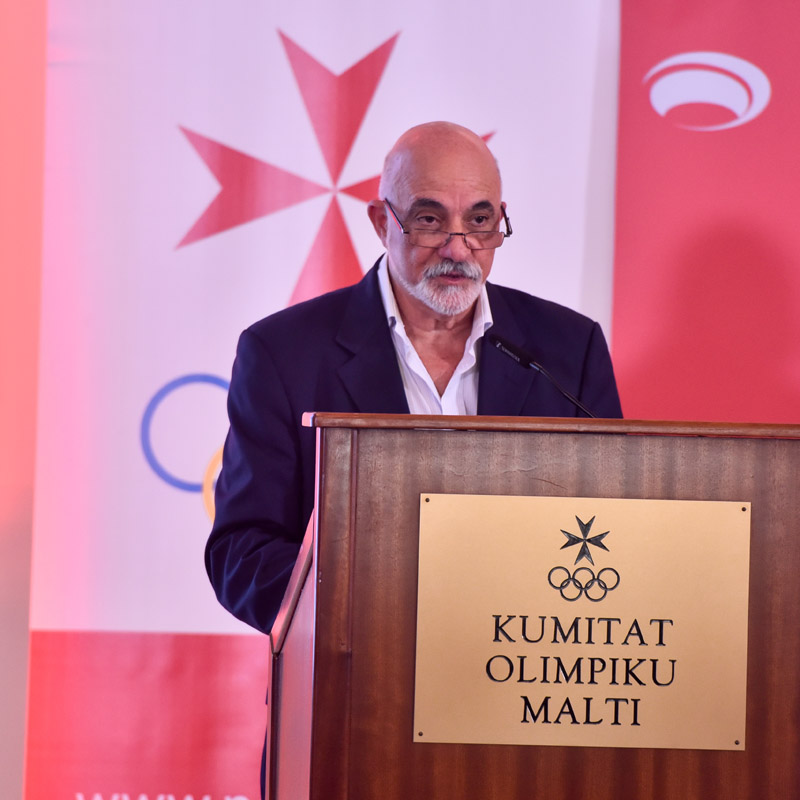 Games Local Organising Committee Co-Chairman Mark Cutajar congratulated athletes who performed excellently over the weekend in various international events. He continued to explain that today’s event is a link in the chain of events that are required to host the Games in Malta next year.  The preparation for the Games, requires an equal effort from the athletes and the organising committee, to guarantee a successful and memorable event.  Without keeping the balance equal on both fronts, this will not be possible. 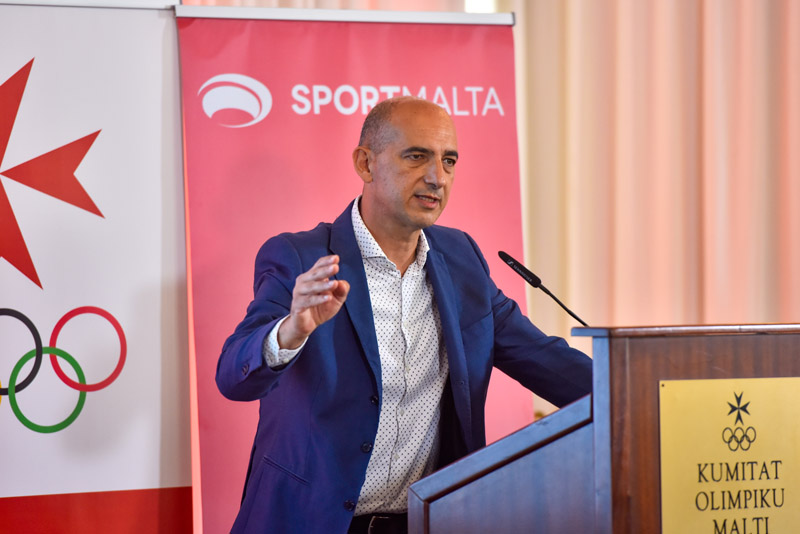 The Logo was then unveiled by Minister Dr Grima and MOC President Mr Pace Bonello, following a brief explanation from Jonathan Dalli, one of the founders of the marketing agency The Concept Stadium.