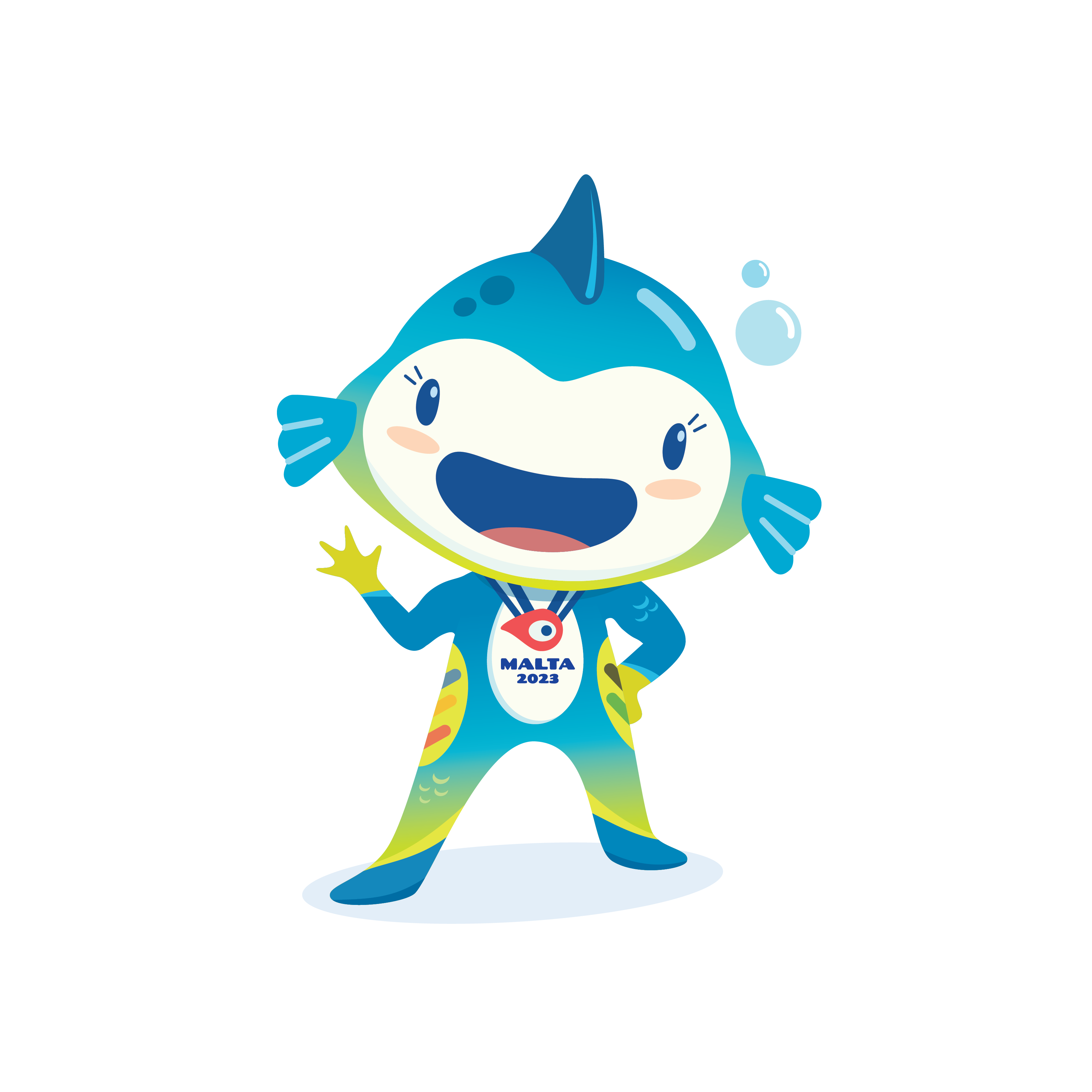 Puka, the 2023 Games of the Small States of Europe Mascot was officially introduced this morning at an event hosted by the Maltese Olympic Committee at the SportMalta Cottonera Complex.

Puka, a derivative of lampuka, the dorado fish which is synonymous with Malta was designed by The Concept Stadium. The vibrant colours that the lampuka is known for were used as a point of departure when designing the Games Mascot.

The vision of the mascot was developed by bringing together elements of Maltese culture, island vibrancy, the friendly nature of the Maltese and the colourful brand created for these Games, into a dynamic mascot that represents and symbolises the values of these Games in a sporty and fun way.

“The development of this mascot brings another typical ingredient of Maltese culture, which similar to the design of our logo brings colour, energy and fun to these Games. I’d like to thank all those involved in the creation of Puka, which we are sure will quickly become a popular and immediately recognisable  facet of these Games as we build up the next stage leading to these Games. ” remarked Julian Pace Bonello, Maltese Olympic Committee President, and Co-Chair of the local Games Organising Committee

Puka will be animated to represent the ten sporting disciplines that have been included in these games – athletics, basketball, judo, rugby 7s, sailing, shooting, squash. swimming, table-tennis, tennis.

Mark Cutajar, Co-Chair of the local Games Organising Committee remarked that tireless work is being carried out behind the scenes, to ensure that a memorable experience is created for over a thousand athletes and officials that will be in Malta for these Games. The launch of the Mascot will continue to generate further interest and support for these Games, he concluded.

The Minister for Education, Sport, Youth, Research and Innovation Hon. Dr Clifton Grima said that these Games will bring us together as one nation. “We are well advanced in the preparations that are necessary to host a successful Games in our country, wherein we can show that Malta can continue to be a sports hub”, said Minister Grima. “This is a sector that unites the athletes and also the country, and we are looking forward to continue giving our support to those who will take part”, said Minister Grima.

Present for the launch were students from local government, private and church schools who also too part in short activities that enabled them to get to know Puka.

“When we developed this mascot and the Games of the Small States of Europe brand, we did not look at it as developing another client brand but rather as our own brand since we are immensely proud to be part of these Games” Jonathan Dalli, founder,  The Concept Stadium

The 2023 Games of the Small States of Europe will be held in Malta between the 28th May and 3rd June.