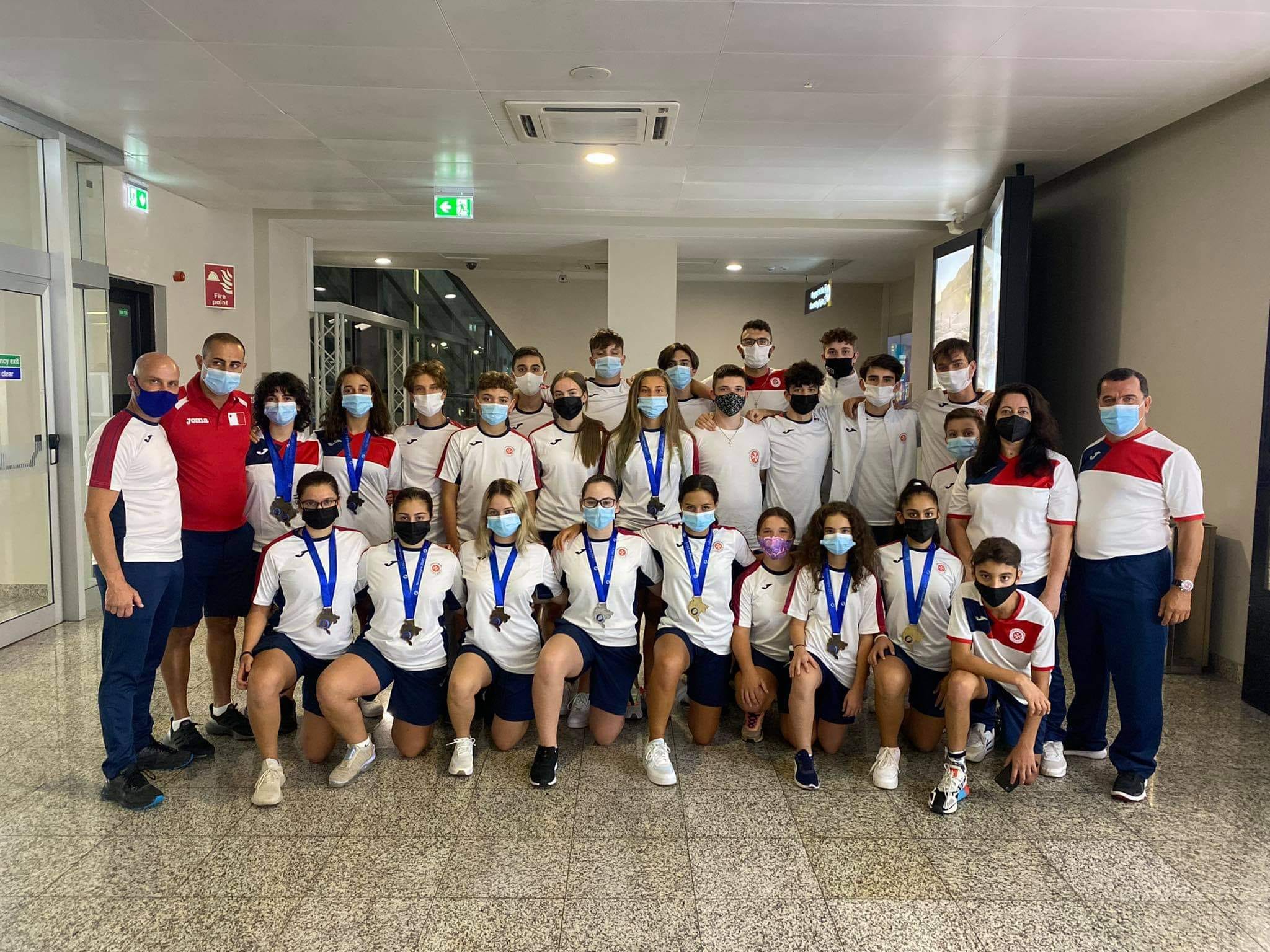 25 athletes from Malta Karate Federation aged between 12 and 20 took part in the 7th edition of The Small States of Europe Karate Championships held between 24th September and 26th September 2021.

A total of 320 competitors from 6 countries took part in these championships.  The Malta Team competed in both Kata (forms) and Kumite (sparring) winning a total of 11 medals including 2 gold, 1 silver and 8 bronze, once again marking resounding success.

MKF President Kenneth Abela and MKF Technical Director Jesmond Schembri were re-elected to form part of Small States of Europe Karate Federation committee as treasurer and technical board member respectively.  Their experience and competence in the field of karate is both appreciated and acknowledged.

‘The challenges surrounding this year’s competition were considerable and it is an honour to form part of such a dedicated team where coaches, athletes and parents come together to deliver a respectful performance for Malta.  Well done to all involved.  We would like to thank SportMalta and Maltese Olympic Committee for their constant support’.  commented MKF Technical Director Jesmond Schembri.