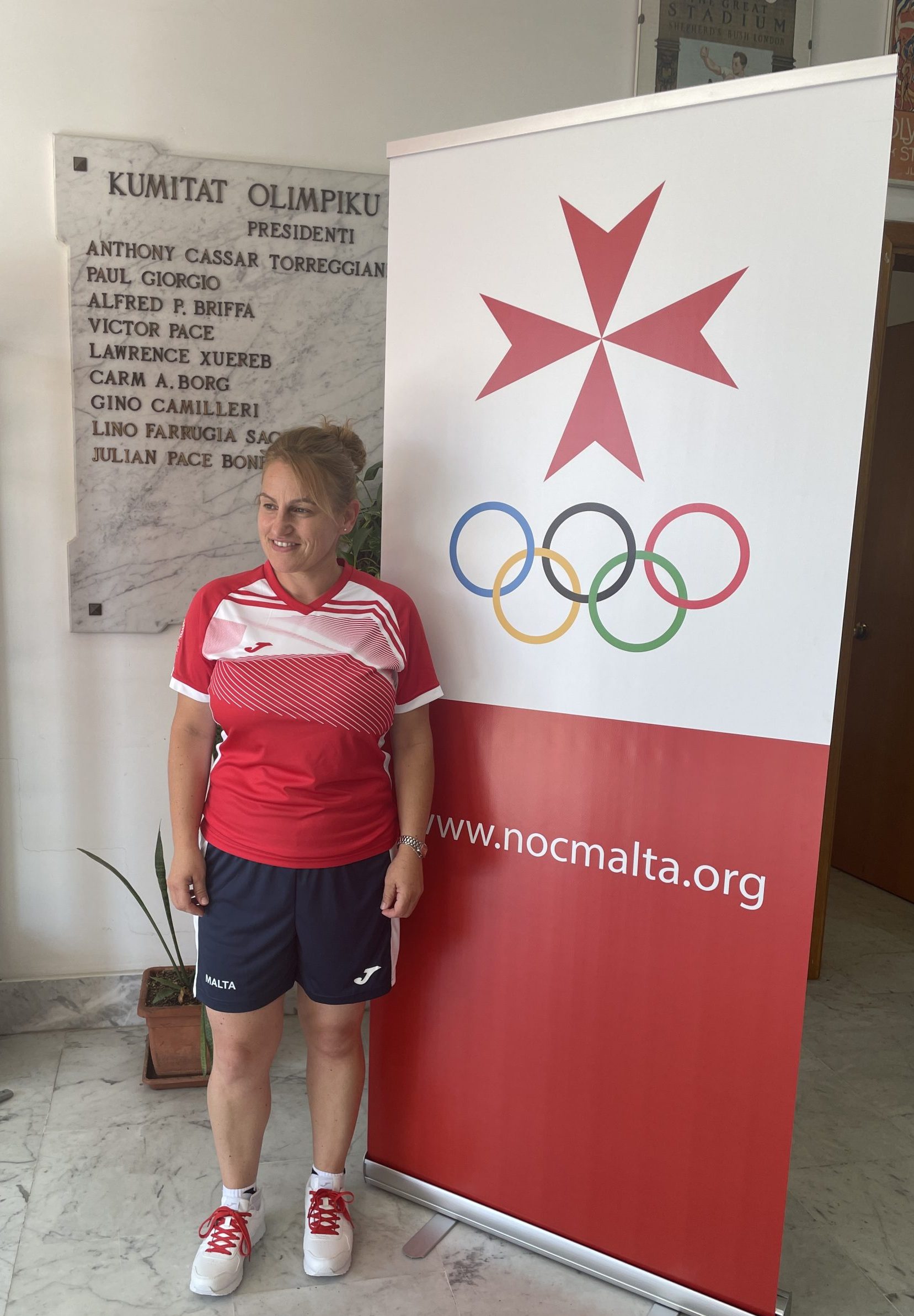 Eleanor Bezzina (Shooting) and Andrew Chetcuti (Swimming) given the honour

Following the change in rules from the  International Olympic Committee (IOC) to allow National Olympic Committees to nominate a female and a male athlete to jointly bear their flag during the opening ceremony, Malta has announced that Olympians Eleanor Bezzina and Andrew Chetcuti will be carrying the Maltese flag during the opening ceremony on the 23rd July.   The change in rules follow the announcement that the Tokyo Games will be the  “first gender-balanced Olympic Games in history with 48.8 per cent women’s participation”.

Bezzina and Chetcuti have multiple Games appearances to their name – Bezzina having taken part in Rio (2016) and US based Chetcuti competed in London (2012) and Rio (2016) making this his third consecutive participation.

Their names were announced by Maltese Olympic Committee President Julian Pace Bonello during a press conference hosted by the MOC earlier on today.

This year’s Olympic Games, which were postponed from last year due to the Covid-19 pandemic, will rely on a variety of measures which include regular testing to physical barriers to help social distancing. Part of the protocols in place mean that the Maltese contingent will be travelling on various dates and Olympians will only be able to enter the village five days before they begin competing. They must leave within 48 hours of finishing their events.

“This year’s Games won’t be as extravagant or festive as they normally are and will be staged in a restrictive environment.  There will be no spectators and there are strict rules that do no allow athletes and officials to mingle.  However, it will still be an special event that will enable our athletes to fulfil their dream of becoming Olympians.” explained Joseph Cassar Secretary General, Maltese Olympic Committee.

Director of Sport, Ivan Balzan went on to explain the selection process which was made possible through the Tripartite Commission and Universality Clause procedure which enabled Malta to nominate its top athletes in their respective sports.  Malta’s first athlete to go on stage will be swimmer Sasha Gatt who will compete in the 400m freestyle heats.  The last athlete to compete will be Carla Scicluna who will take part in the 100m event on the 30th July.

Chef de Mission Lucienne Attard introduced the rest of the contingent and explained the preparations that were undertaken to prepare the contingent for these Games, particularly in light of the pandemic situation.  She went on to announce the virtual twinning with Tonosho Town. Initial plans were to include a visit to Tonosho Town however since no physical events were allowed the event was turned into a virtual one which saw the production of a video cheering the Maltese athletes. The Maltese athletes reciprocated by preparing short videos filmed mostly in several Maltese locations.

During the press conference, the uniform which will be worn by the Maltese Contingent uniform was unveiled. The uniform has been given a patriotic twist with detailing consisting of the national colours – red and white. The lines depict the varying levels of experience within the contingent. The uniform was provided by the official supplier Joma, represented in Malta by Full Marks Sporting. 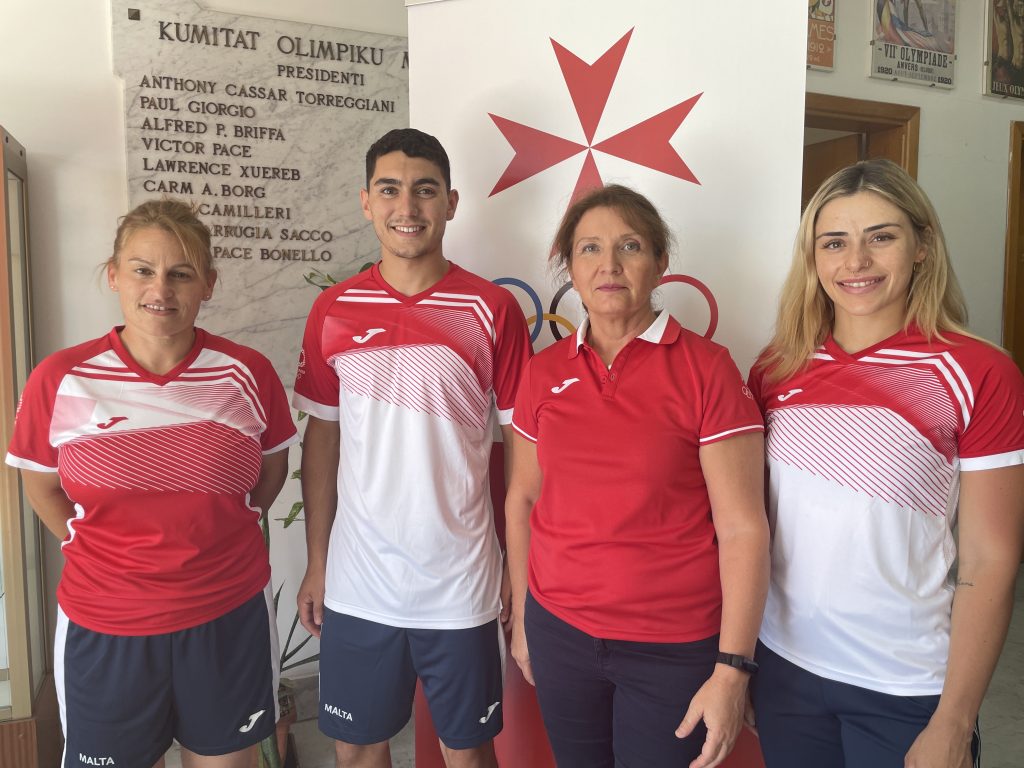 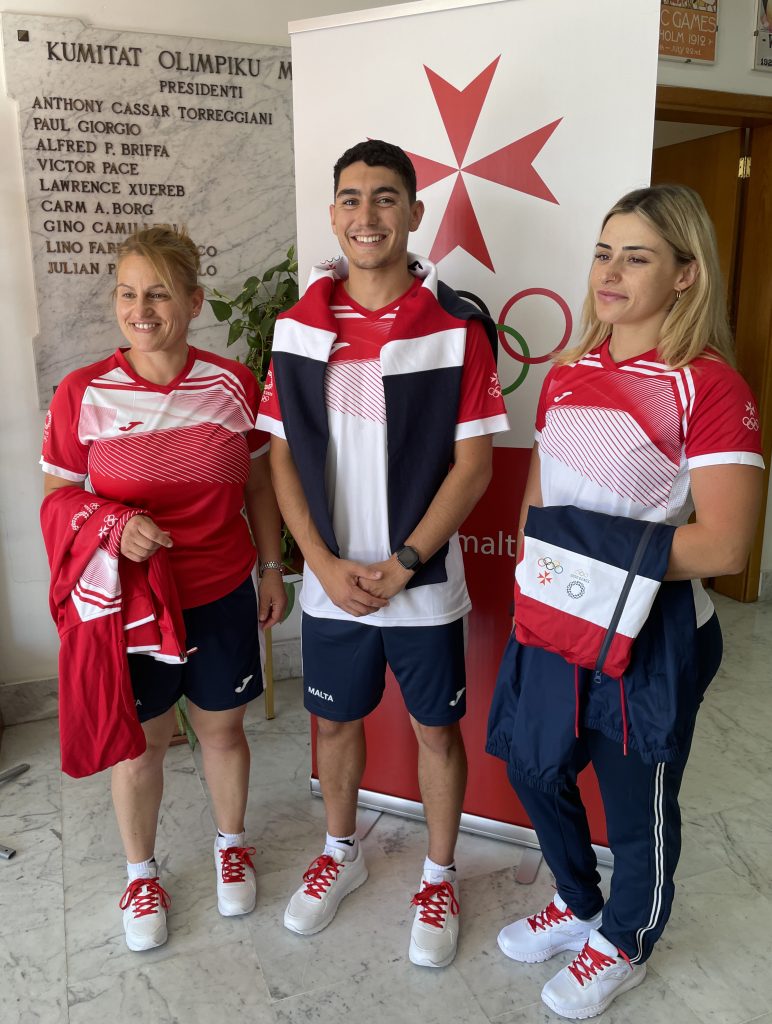 Concluding the press conference, before presenting the Maltese flag to Eleanor Bezzina,  President Julian Pace Bonello remarked that this year’s contingent is made up of athletes who are already established Olympians and a new generation of athletes who have shown promise for Malta.  He went on to augur the athletes the very best for the Games reminding them that they are role models to other athletes and should uphold the Olympic values and spirit at all times.

Information relating to Tokyo2020 can be found via this link – http://nocmalta.org/games/olympic-games/summer-olympic-games-2020-tokyo/