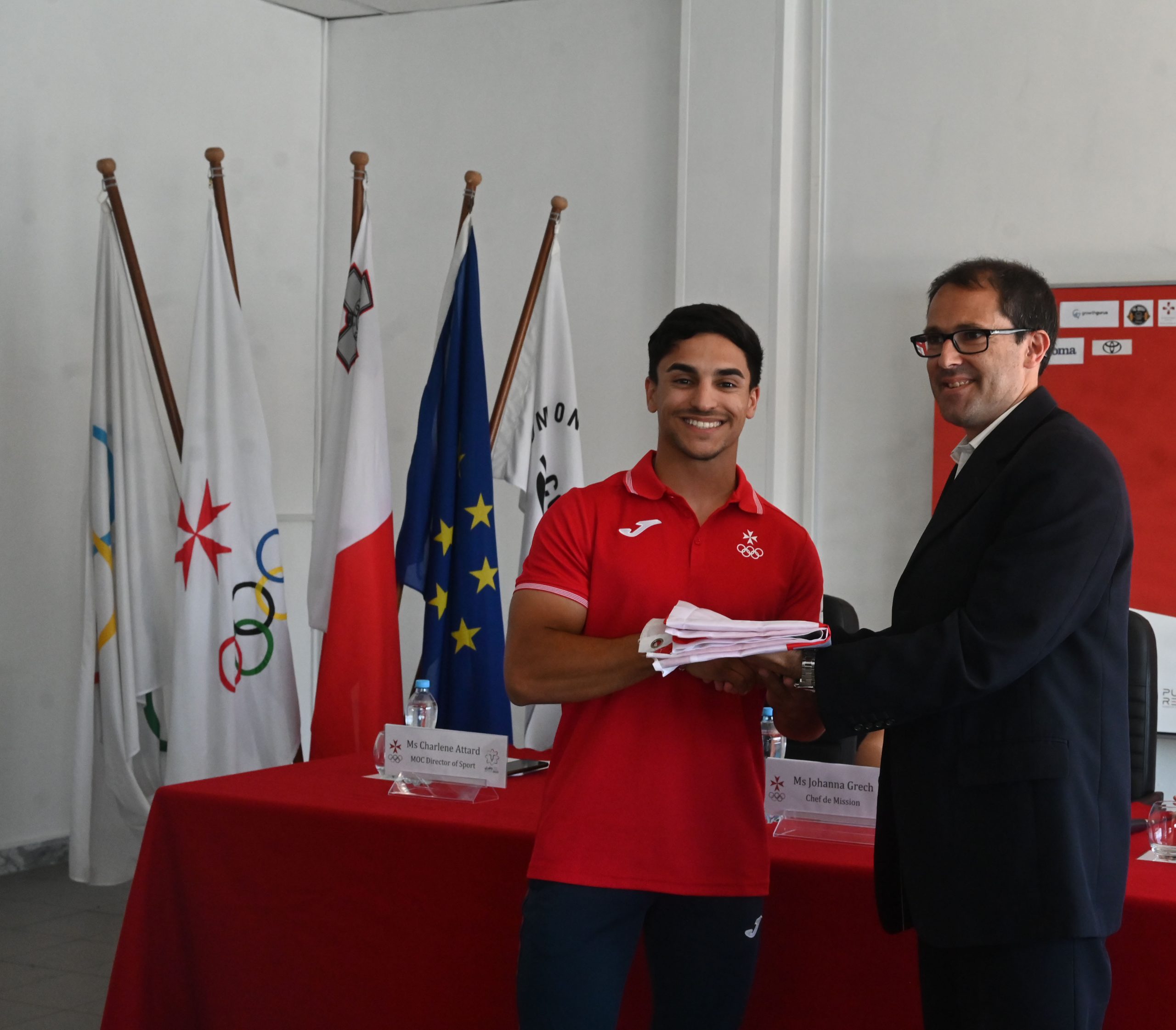 The Maltese Olympic Committee announced the contingent which will be travelling to Algeria this week for the 19th Mediterranean Games which will take place in Oran.

Malta will be joining 25 other nations that will be represented by nearly 3,400 athletes.

Malta will be competing in Athletics, Cycling, Sailing, Shooting, and Tennis and will be represented by twenty-three athletes.

Director of Sport Charlene Attard explained the selection criteria put in place for this year’s edition. This is the second time that Mediterranean Games and the Commonwealth Games  are taking place in the same year. The three and a half week gap between them is due to the overpopulated world sports calendar which is trying to make up for the lost time due to the Covid-19 pandemic.

In view of the high level of competition these Games offer, the athletes were selected following discussions with coaches to ensure that athletes reached their peak at the Games.  There were three different levels of criteria for selection which required athletes to be ranked in the Top Eight of their event; being Junior Athletes earmarked for high level competition for the next three years; and GSSE 2023 earmarked athletes.  The latter is particularly important as the MOC is working towards getting Team Malta a feel of international competition following a two year hiatus.   The selection criteria was established following discussions between the MOC and each participating Federation to ensure that the Team Malta would be able to deliver the best possible performance.

Chef de Mission Johanna Grech went through the programme of events, detailing the logistics for the team. Whilst the programme will most probably have some minor changes into the run up of the start, Grech confirmed that first athletes to compete will be the tennis and sailing teams on the 27th June.

Concluding the press conference was MOC Secretary General Kevin Azzopardi who congratulated the athletes on their selection and emphasized the significance of what it means to wear the Maltese colours. He continued by saying that the MOC is confident of the commitment the athletes have shown towards these games and reminded them that they are going to these Games not simply to participate but should go with a competitive mindset to bring the best possible result for Malta.

Secretary General Azzopardi announced that Francesca Curmi (Tennis) and Marlon Attard (Shooting), who both have delivered excellent performances in the international sphere, would be carrying the Maltese flag at the Opening Ceremony on the 25th June.

The Maltese Contingent will also include MOC Director of Sport Charlene Attard, MOC Director Nigel McCarthy and will be assisted by the medical team made up of Dr Kurstein Sant and physiotherapist Karl Rizzo Naudi.  Julian Pace Bonello, MOC President and Member of the International Committee of Mediterranean Games, and Kevin Azzopardi, MOC Secretary General will be joining the Contingent in Oran.